Rhino since V4 has always been slow with huge 2d dwgs

Yes, that’s a fact. But there seems to be a regression from R6 to R7.
First thing I do is turn off useless clutter, but for that you need to be able to open it at all. (Has to be done in ACAD this time).
Something else: if the DWG is attached as worksession, R7 does not become as sluggish.

I think from a programming point of view, dynamic blocks are feasible.

Dynamic blocks would be good too have. You know they are there in VisualArq - driven by embedded Grasshopper scripts. Ultimately powerful so to speak. 2d or 3d doesn’t matter.
But there’s the hen/egg problem again. All the manufacturers suddenly translating their part libraries to this exotic tool? Doubt that’s going to happen soon. So do-it-yourself - if you have the time for that.
I’m doing it for design study tools/rendering stuff, like dynamic ‘curbs from curves’ and such, to save boring work. But replacing the ACAD workflow with that? Unlikely.

But there’s the hen/egg problem again. All the manufacturers suddenly translating their part libraries to this exotic tool?

No I don’t think so. If you think what a dwg is, then these extra transformation must be persisted somehow. Its basically a bunch of 4x4 matrices applied under a set of geometry. As far as I can tell dynamic blocks are only supporting transform operations if you decompose it (Translate, Rotate, Scale, Shearing). I think reading and writing them should be possible and then you can also remain interoperability. Is this what you mean by that?

Edit, I think there is also a constaint tab, which maybe complicates this process a bit. While the ‘History’ of Rhino is basically similar to what associative parametrics are in AutoCad, I’m still not sure if you can create a similar behaviour that easy. But at least the Parametric and Action tab could be mirrored and also being persitisted in dwg files.

If there was an ACAD-like dynamic block implementation aside from VisualArq, it would be great! The DWG translation from ACAD to R and back should not break anything, and the more R becomes a full replacement, the better.

As far as I know, there is also one regression when it comes to 2D blocks. It slows down the performance quite significantly…I was having problems with simple trees, which I had to replace with bare curves because blocks were causing some speed loss.

Exploding blocks also helps…
Rhino is not Acad, but importing the things you need via exporting from Draftsight and doing huge 2d plans in RH works just fine, or even better.

Speaking of which… there seems to be a bug In Rhino7. Here’s a 41MB .dwg for testing:
https://1drv.ms/u/s!AuVHVtZXcSytgf8ujzvrb-2vewANOw?e=a65Cti
(file is above 20mb limit - does this onedrive link work?)

The OneDrive link worked. As far as I can see the bottleneck is the 76 844 block instances. @stevebaer will know better where the limitations are for block instance drawing.

If you need to work with this, but don’t care about block instances you could as a short term workaround: in a new document that shows only top view import the dwg. Then _SelBlockInstance followed by _ExplodeBlock. That should make the drawing much more responsive. Obviously the downside is missing out on all the blocks

Thank you, Nathan! I’m doing exactly this at the moment. Takes a looong time though…
Selection, viewport response… all quite slow.

Wouln’t it be great to be able to type the command “hatch” and then to draw it directly as a polygon? Like you do it in ArchiCAD. Now you always have to draw the boundary first, then select the boundary, hach and finally delete the boundary.

Dynamic blocks have been in Autocad for years, which is why there’s such a high degree of support for them by various 3rd party’s (furniture MFG’s, parts MFG’s etc).

The abilities of dynamic blocks typically used by us is to have a single block we can drop in any view and use a drop down menu to change from front / side / top orientation which swaps out what artwork is visible. We also use them for parts that have adjustable mount points (good example would be LCD mounts) so we can drop in a 3rd party mount we’ve cooked a block for (and there’s literally hundreds of them) and show the attachment to the display as well as it’s attachment to the wall in question.

In some cases where there’s multiple variants of a part by sub assembly the visibility states and definable center point allow a single block to represent a sub family of parts.

As I mentioned earlier, the authoring of them is really klunky. It’s a really horrid interface and as decidedly non intuitive as you can get, but the utility value of the blocks once authored is killer. Rhino’s blocks are pretty elementary in comparison, and I for the most part don’t even really use them except for Title Block components, which is a shame, because if RHino’s blocks were a bit more fleshed out they’d have great utility value.

Xrefs most important tool for large projects. Inserting blocks not as powerful

I am structural engineer and drawing 2D construction documents with Rhino (because I like it more than Autocad). Though, as Autocad is still widely used I need to export my plans from Rhino to Autocad.

I am facing the following problems:

I don’t see any solution for problem 1.

For problem 2, I tried the following.
I now do the annotations into modelspace. For this, I need to set a modelspace scale (100 or 50 in general, sometimes 10 or 5). Otherwise I don’t get the right size in paperspace. But Autocad does not know this “modelspace scale” so the eported DWG does not have the right text size.

Would it be able to add a “text scale setting” in the layout viewport properties ? It would be much easier to print !

Lack of DWG export for layouts makes them currently useless to me. I am not drawing for myself, I need to send files to vendors who will often use Autocad to open the files and then program manufacturing equipment like CNC routers and lasers . My ideal workflow would be to model in 3D then export to 2D for generating the drawings. But dimensioning from Make2D is often a nightmare and even then unless I keep the drawings in “model space” they become unavailable for DWG export. So after my 3D model is done I still end up manually drawing a lot of 2D using cutplanes and flattening and rebuilding duplicated modeling curves etc, then tucking things away on separate layers. Layer states have been helpful but I hope Rhino will be able handle a 3d to 2d workflow more smoothly soon. For now I just export 3d to IGS and supplement with labor intensive 2d.

Hi! I could not believe this, and did a quick test - works! (Would be not cool if it wouldn’t)
Rhino Layout: 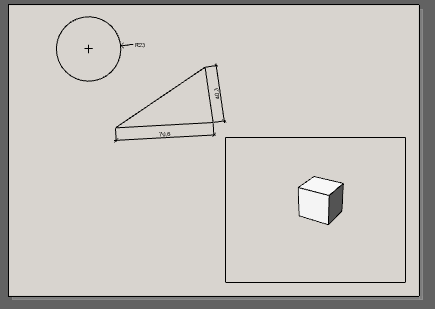 Saved as DWG, opened in ACAD: 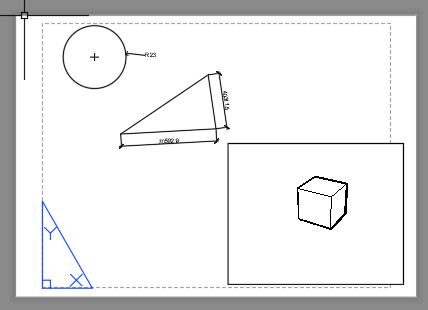 Lack of DWG export for layouts makes them currently useless to me.

This 3D->2D workflow is indeed lacking. For what it’s worth, the VisualArq programmers announced a DWG export option from Layouts for version 3, due next year.
Best regards
Eugen

My bad for not checking again before posting. Layouts show up in Autocad now.
I’ll check with some suppliers in the morning to confirm they can see the layouts too.

Allright, I did not thought about using “Save As” instead of export commands… my bad. Now it work great !

Now my big trouble is draw order, already documented in this topic:

Any clue how to monitor draw or printing order ? In this way Autocad is much better I must say

I was now for 10 minutes testing the new 8.0.21138.12306 Work in Progress (mac version). Still struggling with performance. It is just slow and laggy, as 6&7. When shall we see performance improvements?

my RH8 is unfortunately currently not working, but did you activate TestMetal?
Otherwise I think it is still early in development…

Thank you very much!! I had just 5min to test this command quickly, but “testmetal” seems to improve the performance significantly!! I hope they are keeping an eye on this, because fast performance is essential when working on technical documents.