How can I have control over what is kept and what is removed when using the Rhino.TrimBrep? (i.e. I would like to always keep the lower part of a vertical cylinder trimmed by a horizontal random surface)

From the RhinoScript help file:

Thanks for the reply!

I was asking because it seems that the TrimBrep result is not consistent with the cutter’s normal. Please see this screenshot where Flip in _Dir command was used and the example script from TrimBrep help.

Looks like regardless of the normal, the lower part is always retained (in accordance with the native normal) 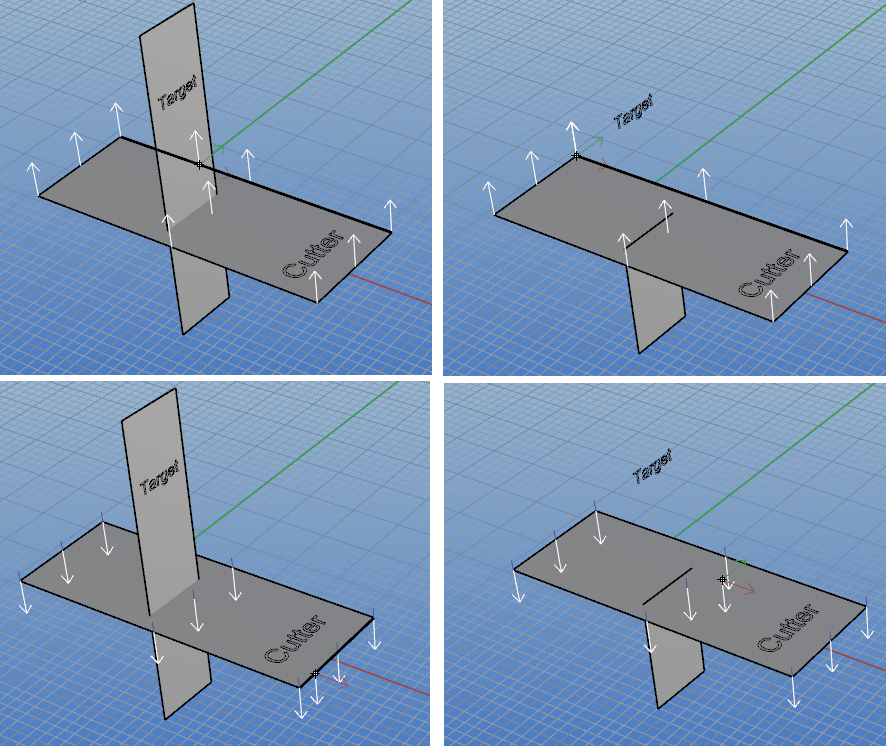 I have the same problem with trimming in Rhino script. Is there a solution or do I have to use split instead?

I believe this has been fixed in the Rhino WIP.

This was working before …

I tried with Rhino Common and it just gives the same result.

The solution is to mirror the plane instead and it will work.