I find it hard to create the “s” shape fillet between bottle and offset surface, so I follow Pascal’s method in this thread.

Hello - to make the depression - OffsetSrf to say 2 mm Trim the bottle and the offset with the shape curve from the side view, This is the trick: Extrude the trimmed edge of the bottle inward normal to the surface (Fin command) 3 or 4 units. FIlletSrf at say 3 units from the bottle to the fin surface. FilletSrf from the first fillet to the offset surface. This gets you fillets that are larger in radius than the depth of the depression and true rolling ball fillets all the way around - if that…

I do several “fin”(don’t know why cannot do it at once), then join the generated curves. Then when I try to “filletsrf” between the fin surface and the bottle, “FilletSrf failed to create fillets”…

Can someone point out what I did wrong when “fin”? Thanks in advance.
Detergent Bottle_unfinished.3dm (4.4 MB) 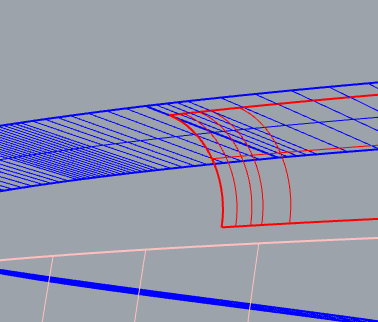 Utrim that inner, pink surface, make the fillets (r=1.5 or so) 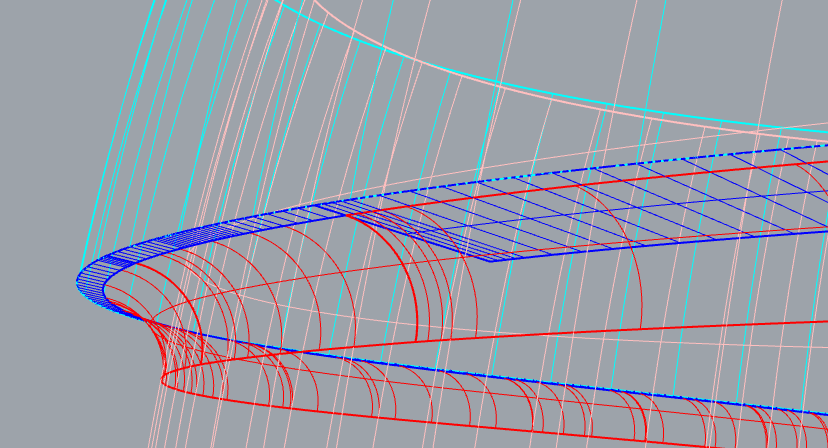 and then fillet those fillets to the outer surface.You can delete whatever is left of the Fin surface. 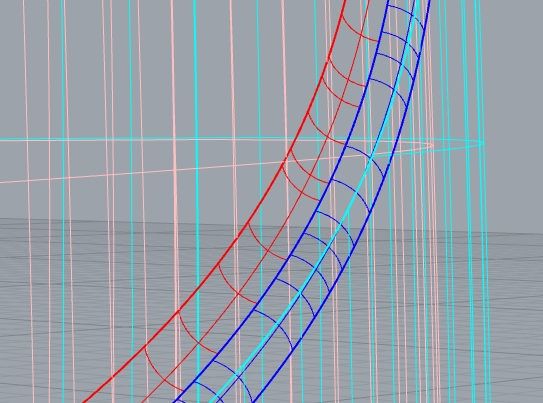 then trim with all the new fillet surfaces.

Thx. It works like a charm. I start to wonder whether it’s always better to do fillet first then trim the surfaces?