Any way to prevent rhino from stealing the focus when new session opens?

Often working on something, open new rhino for whatever, go back to what I was doing while new session loads up

then half way through a complex selection and POP new session is in front and stops work.

Is this desired behavior? Or technically unavoidable? I’d rather it just waited in the background.

Does anyone know if this is resolved in recent builds/versions/betas?
Incredibly annoying and intrusive to workflow when this happens.
It might not even be Rhino’s fault. Does anyone know how to change this Window’s behavior? I’ve only dug into it a little bit.

Hi @pascal, wondering if you have any thoughts/ideas on this?
thank you,
Robert

Hi Robert - only that I see it as well, … though I have not actually tested against other programs starting up - I sort of assumed that it was more obtrusive because Rhino is the only program I open and close and uninstall and reinstall seventy times a day.

I wouldn’t say that Rhino is the only program that exhibits this behavior on my end - Photoshop seems to do this to some extent as well - but as Pascal, Rhino is the program I open the most, and it is also the one that takes the longest to load…

Would be great if there was a system option we could tick off in options that made Rhino open in the background without stealing focus.

Hi Robert- just as a test, try opening Rhino from a shortcut that has the /nosplash switch - does that behave any differently? 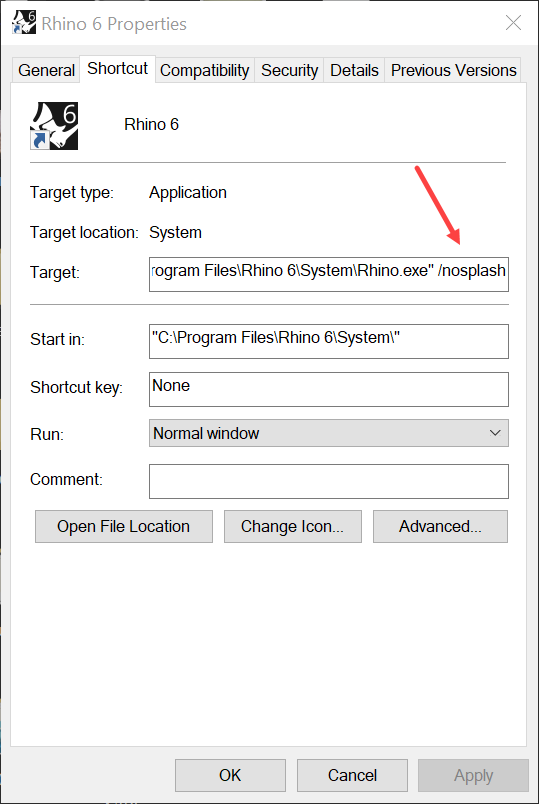 removes the splash but still brings focus to the new instance.