Rhino Inside in Blender

essentially, but… (you know the acronym)

lol .cpp .h whatever I do will definitely NOT be in c++ so I won’t be covered by constrained by GPL

What would intern and extern mean here? 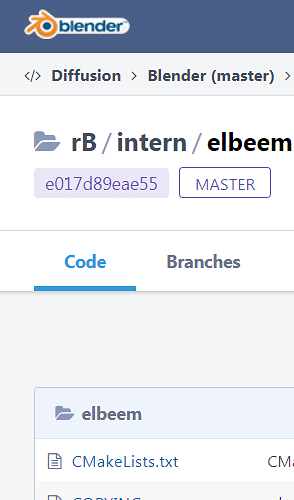 DNA, or rather sDNA, is the structure DNA - the blueprint of the Blender file format. RNA is the access layer to structures from the DNA.

Is there any news on that topic? I feel that would be wonderful to use Rhino power in curves and surfacing inside Blender…

Is it possible to export/import curves between Rhino<>Blender because Blender has got native curves inside?

The import_3dm add-on has some initial support for curves.

Rhino Inside Blender does not work yet. I’m imagining that @stevebaer may get some time to look into this soon-ish once his todo list gets into a good state.

Thank you for 3dm importer!

I have some question, is it possible, in theory, to work with a single mesh simultaniously in Rhino and Blender, to see dynamically all changes?

In theory sure, why not. Ubisoft has created Mixer, an add-on for Blender to do realtime collaboration between at least Blender versions. If one were to implement the protocol in Rhino then one would be in the position of doing just that.

How do you see Nurbs obejcts showing up in Blender? using its rendermeshes from Rhino?

More importantly: what about SubDs? We want to be able to edit SubDs in Rhino and/or in Blender. I see this possible only if thy were considered just ‘meshes’ in Rhino, not ‘SubD as a different topology type’, unless Rhino.Insde has a call in their code that recognizes SubD as a different typology type inside Rhino, but still treat its as a polygons with SubD smoothing everywhere else.

In the near-ish future I’d build nurbs/subd/etc support on compute, not rhino.inside. I know that compute works in Blender, I did a couple of experimental tools begin 2019 (like a loft command using curves created in Blender, but surfaced and meshed in Rhino).

How exactly subd between the two would work on this I don’t know yet, but it would be interesting to give a go at some form of realtime-ish collaboration pipeline between the two.

but it would be interesting to give a go at some form of realtime-ish collaboration pipeline between the two.

All this requires Rhino to treat SubDs as meshes, that happen to be display in smooth mode, unless I’m missing something.

All this requires Rhino to treat SubDs as meshes, that happen to be display in smooth mode, unless I’m missing something.

Just updating the control net of a SubD object in Rhino should be enough.

That’s would be great to see live link, since in recent years Blender became incredible handy for fast low-poly modelling and sculpting. 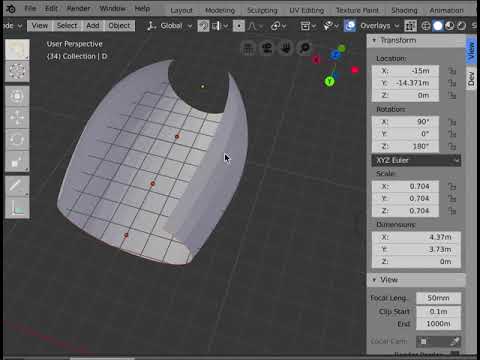 Very long ago (around 2004) I worked on a EU-funded project where I worked on integrating the Verse protocol into Blender. It was quite fun to have several Blender and Loq Airou (a subd modeler of sorts) and other program instances work together on models.

p.s. check out the tools on Quel Solaar on your own risk - they are… funky

I just tried the import_3dm add-on in 2.9 and it works! (Also, the installation was completely painless unlike the last time I tried it, so that was very nice!)

Several showstoppers still, so I guess I’ll wait a few more months until I try this again. We’re using Max/Datasmith in Unreal now, but this is really promising!

I hope this project will be developed further. I`ve tried this plugin with 2.91alpha and simple surface but I see nothing inside Blender. I dream also about creating curves in Blender and move them to Rhino (retopo over 3d scanned surfaces).

There is also an alternative Blender branch with possible nurbs import (not mesh import):

If you want to support it you can vote up there. It works for simple surfaces too. I keep finger crossed for projects like this. I hope that something like this will happen soon.

Coming here from this other topic: Using Rhino3dm in Blender

I think this is really exciting and promising. Ídolo love to see what level of live linking you can start to achieve with this. Meshes in Blender <> SubD in Rhino would be great. Especially if you can keep all material assignments, selection sets, and UV unwrap information.

I come back here after a couple of months of learning and using Blender including Geometry Nodes and also had some play with Sverchok
I want to say that i am realy impressed by its features and possibilities.
Sverchok especially can emulate most of the features of GH, but its a bit more tricky so to speak.
The real thing that Blender is missing is a connection with BIM workflow. Smething like a Blender inside Revit or a BIM connection with Grasshopper maybe in order to push it futher into Revit?.
Myself iv been using Rhino and Gh for years in architectural projects but i found in Blender alot of the things that i miss in Rhino, from the mesh modelling perspective, object data and non destructive parametric modifiers.
Not sure if this is too crazy or if its not an issue for Rhino Inside but i have a feeling that in the future, Grasshopper and Rhino will focus more on the parametric BIM and data management, in connection with Revit and other software rather than on the 3d modelling for visualization purposes. I think that Grasshopper 2 might be a proof of that direction too.