When ever i import something from a rhino 5 model the cursor point begins to lag and start flickering behind the arrow cursor. A simple exit and reopen the file seems to fix it , but its a pain . Any ideas

A few questions:
Are you importing an entire file with the Import command or copying things in RH5 and pasting in RH6?
The lagging doesn’t go away after the geometry has come in and you are working in RH6?
Please post the output of the SystemInfo command.

Hey wim
Just copy and pasting from RH5 to RH6- even if I just open another file it starts to happen. Only in a few commands as well! Do i need to wait for it to happen again before saving systeminfo? 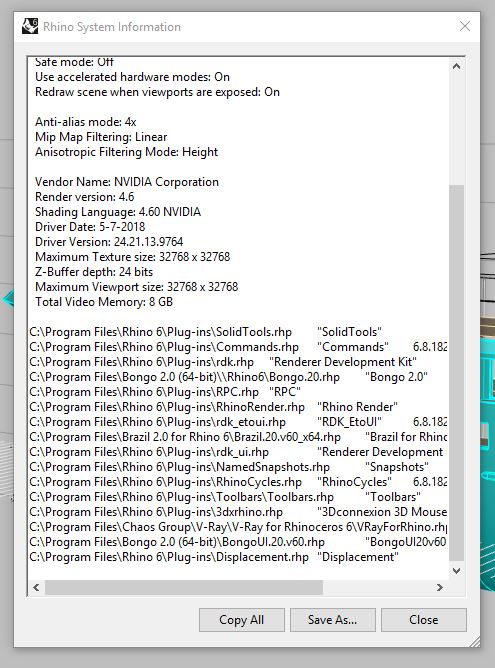 Jahn,
Could you see if this also happens when you run Rhino 6 in Safe Mode?
Do you get any plug-in questions when you paste into a Safe-Mode RH6?

As for the SystemInfo, that is static, so you don’t have to wait for an issue to surface.
Thanks