I have no doubts about maxwell capacities to produce great diamonds and renders , but Laborda diamonds don’t look realistic for me, too white, like self illuminated from their centers.

Just watch real diamonds to see what it should be :

The diamonds shown are photographed in isolation and badly lit, rather as a specimen assay.

When in the jewelry business, you as the goldsmith or your client as jeweler has one goal: to sell product. It is a commercial operation and a costly one at that. In order to sell, you need top quality images. Imagine someone wanting to gift jewelry for a very special occasion - would she/he rather go for the dull plasticky or the lustrous one? You know the answer.

this is probably the paradigm which people/woman got used to having no choice other than high gloss diamonds cut to some parametric idea having almost zero to do with the natural being of the material. 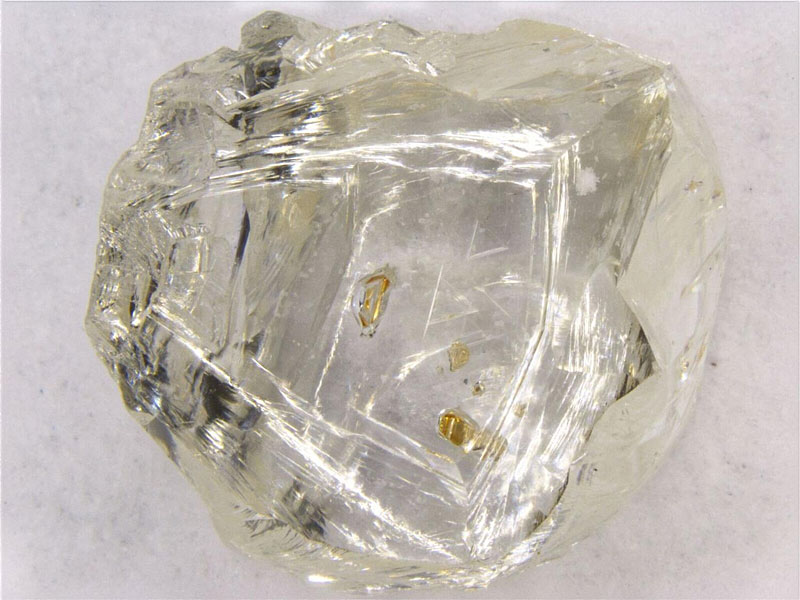 the question what beauty actually is should hopefully arise in some opinion.

natural inclusions which are ground and cut ridding all what a diamond consist off. is like running around with fake tits, or driving around with an expensive car while the family at home has nothing to eat.

thats probably not understandable and radical to most of the people who greed for the sparkle. but when one greeds so much for this then why not using industrial diamonds with utmost pureness instead of shaming nature and its beauty with this artificial attitude.

Lighting is paramount whether in the real world or inside a computer. The ‘real’ diamonds above are lit for specimen sparkle, not visual interest (marketing).

Lighting defines the image depending on what one is after. It either makes or breaks the image, and everything in between.

In order to sell, you need top quality images

nobody says otherwise, but showing an unrealistic too white diamond , isn’t the definition of quality for me.

one person’s realism is another’s nightmare…

Off course is a a matter of taste , but for example look at the picture join, nothing is overexposed or too shiny, however, this render is very good, well balanced, what could be better ?

I ( re) join this picture of real diamonds for comparison :

Another plastic diamond? Go see Tiffany or LA’s top jewelers with that lackluster stuff. You cannot possibly be for real.

The OP of this thread had a very serious question. She wants to sell her creations. To lead her down the path of sub-par quality in favor of Thea or Vray render nerdism can surely not be in your or anyone’s interest.

The $500 invested in Maxwell or the $2000 invested in Arnold will pay back instantly, once you pitch your images against that dull neckbeard stuff that is flooding insignificant jewelry rendering blogs.

Ok, this discussion become really boring, i think there is enough information to make your own opinion, you know mine , happy rendering all !

I believe it’s a rather exciting discussion, the OP querying for how to render jewelry brilliantly and effortlessly.

This is picture I just took with my phone. (I know sexy hands)

DOnt know why Lagom is finding my diamond plastic??

Its a nice version u gave, looking at it from a different perspective

Lagom is finding my diamond plastic

Because that’s how it looks like - acetal plastic with IMD metal effect and acrylic plastic gems ; )

But the 2nd version just above already looks better!

Here’s another exemplary image that tells the story. As always, it’s the lighting and material definition, the whole CMF shebang. When selling jewelry, remember the customer is always right.

I agree with Cyver about the extremely bright of the stones in my renders, this is not something originally created by maxwell, this was a particular request of the client who, as other mentioned, had it’s own perspective about how it should look for marketing purposes. He said that there should be a flat highlight in each top surface to show how good was the geometry created. Apart from that he requested some random point highlights all added in photoshop as post processing. The original result was closer to what you are sharing.
I can’t say that maxwell is the best now, 9 year ago this approach was great, but apparently there are some other options like Thea or Arnold. In 2008 each render took 2 hours to render, now processors are much faster and the latest version has GPU option so it might be completely different render time and quality.
One thing I want to repeat is that creating the environment and setting up the camera feels so natural, you don’t have to fight too much with setting or effects of the renderer to get a realistic result.

What is beauty? Really? In the eye of the beholder, Dude. Also, I believe there are many lengthy treatises in aesthetics that one might have a look at. . . and never get an answer. I think your mineral specimens are kinda ugly, sorry to say, but that’s just me. As to your point about artificiality, one might say the same about a chunk of marble being turned into the Pieta’. . . ‘That Michaelangelo didn’t appreciate the beauty of the raw marble!’. . .Yes, your right, it’s all about marketing. . . and feeding your kids. Mostly, we’re all trying to make a living here. The number of angels that can dance on the head of a pin, is probably a more appropriate topic for an art school forum.

My second render of the same design using a different software

‘That Michaelangelo didn’t appreciate the beauty of the raw marble!’

yes lovely comparison. of course if everybody would see the same we would probably see nothing. eyes are blended and mended by the environment and not just from our own pristine being and as such i see that the natural element has its natural value which seems lost glazing into the refraction of a diamond who’s true identity got turned into dust.

Rendering jewerly (shiny metal objects, glass/crystal and gemstones) is exactly the same as taking photos of real item with real camera. Everrything is about reflections of your envirnoment in item and refraction of light in gems-like material. And in most cases if an item has many gem stones it is not possible to get photo/render where all stones shine and metal has nice reflections - you will usualy combine few rendered images…

Your rendering work is amazing

Do you do tutorials?