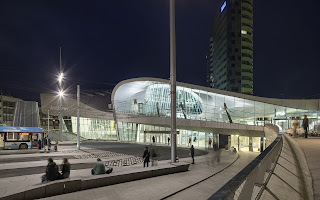 The masterplan includes a new transfer hall, a center for the waiting areas and facilities for trains, trams, and buses, as well as shops, restaurants, offices, and a conference center.

Employing shipbuilding techniques, along with the expertise of the engineering firm Arup, the design firm UNStudio used few visible supports for the sinuous roof. The result is a vast, open space filled with natural light where the floor, ceiling, and walkways seem to melt effortlessly into each other. See more photos and read more in the Dezeen article (with video).

The project spreads over history-making time. The original station is from 1845. The new design has been in development for 20 years. In 1998, Nuno Almeida, from UNStudio at that time, started this project with Rhino for the masterplan. He then continued it with RhinoScript and Grasshopper.

Now for a quiz … Whose designs are below? 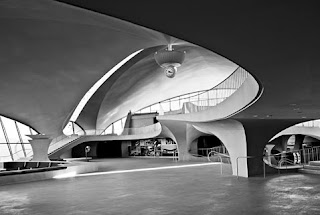 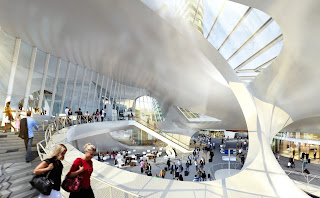 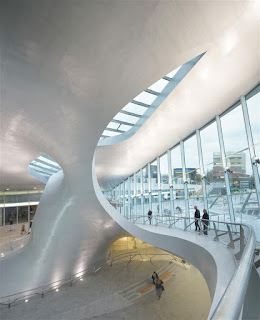