Rearrange points on a curve?

I have 3 curves that i have dived by equal sections. I am just looking for equal number of points. I would like a bit more spacing on an utter curve and less spacing on an inside curve. This is so my diamond shape are more equal through a bend.

The final goal is to have pyramids. 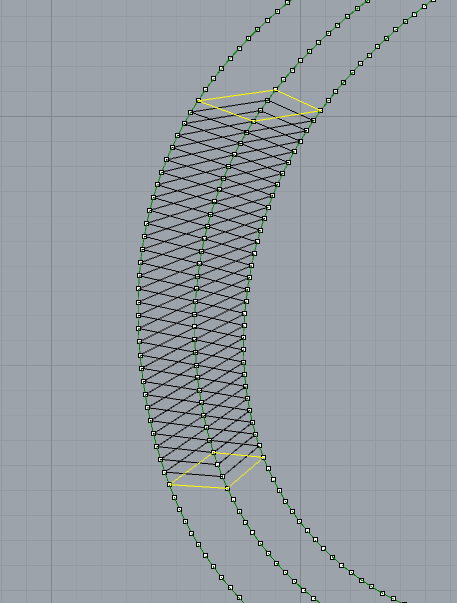 Hi Randy - just a thought but:

I realized my curves were not the same length, so I will do that first. Pattern can go past ends.

I like your idea.I am not quite sure what step 2 does? I never used subCrv, always something to learn.

I was just ding this with line perpendicular to curve to get sections then split and divide by sections. 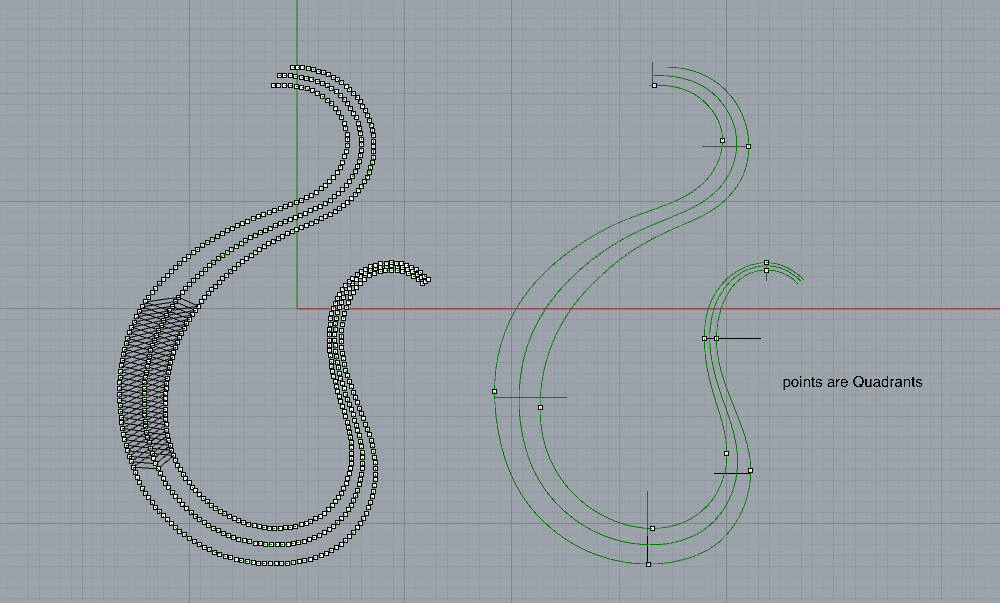 I am not quite sure what step 2 does?

It looked like you were shooting for a region of the overall curves, maybe- I thought if you just have the part of the curve that you want to pattern, the flowed points might line up better. This all seems a bit Grasshoppery though.

I’d probably split the three curves at the quadrants and then divide the different sets of curves equally so that you always have a perpendicular pyramid at each quadrant… That way you should be able to contain the creep/tetraploid you’re seeing.

It’s more of a hack than a mathematical solution. 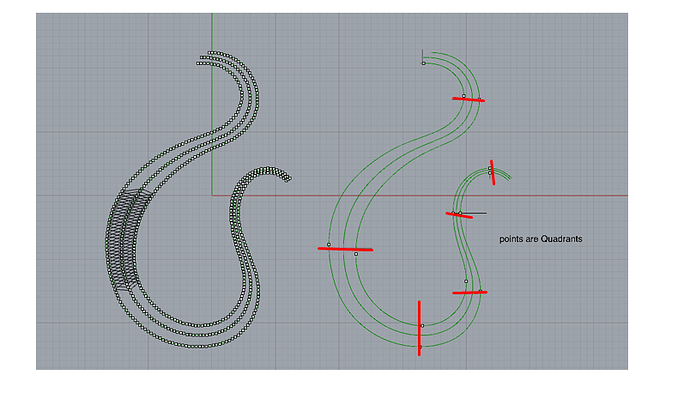 This all seems a bit Grasshoppery though.

I know I will work on this later. This is a “quick” sample to see about a texture. i will be using this texture quite a bit in the near future, so maybe looking into a Grasshopper definition will be better in the long run.

Thanks for your help @pascal

It’s more of a hack than a mathematical solution.

Of course, why use math when duct-tape will do.
Well it is a texture for a dragon, aka Tetraploid. 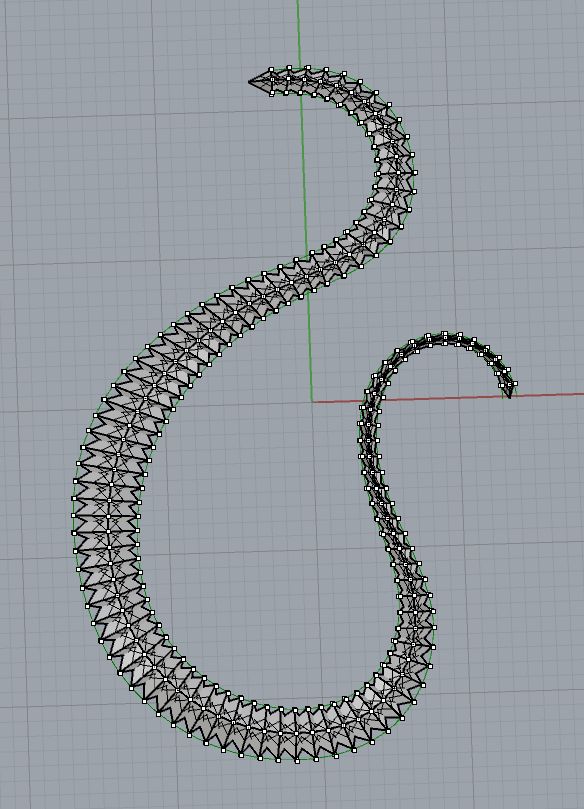