Randomly shifting/moving height on points in a curve?

Using control points in Rhino I can easily manipulate the heights of the points without losing any XY accuracy. How can I do that in Grasshopper? I don’t like the divide curve/move point method because it wants to rebuild the entire curve and I either end up loosing curve integrity or having to add too many points.

I also want to shift points in random vectors potentially, is there an easier way of doing that than assigning a unique random component to each XYZ point movement? Kind of the same question as above, I ultimately want to create semi-randomly undulating surfaces, but I want better control than I feel Divide Curve provides. Maybe that is the best I can hope for however?

This is a pewter cast I did a couple years ago from Rhino curves and some clever 3D printed molds. Trying to recreate this with random iterations for a series.

You didn’t internalize your curves.

OK, I’m really surprised that works with the rails so far from the section curves.

Why is the geometry below the construction plane and not near the origin?

And what is it you want to do again? Move the control points of the three section curves randomly? Up and down or random polar offsets?

Me too tbh, that’s just how I built it before, I was trying to get rid of the flat ends but still only use a few curves. If def a stretch on the component, just like how loft does really weird but interesting shit sometimes.

To answer your question, both really, I have two projects I’m working on. This one, where I’m playing with random curve/point directions and a 3D cnc carving project where I want curves to shift up and down, following the dips with a V shaped bit creates a cool effect. I think maybe @HS_Kim got it.

This is a quick adaptation of the model referred to in the other thread:

Oops, too quick, I forgot to randomize Z… standby.

That’s really smooth! I tied the seeds together for an animation. Interesting to see how the edges kinda break and get sharp (predictable) with some iterations,

I tied the seeds together for an animation

I think it’s interesting to change each seed separately. This one maps Z to plus or minus values:

White group moves the new surface up, lofts it with the original and joins all surfaces to make a solid. 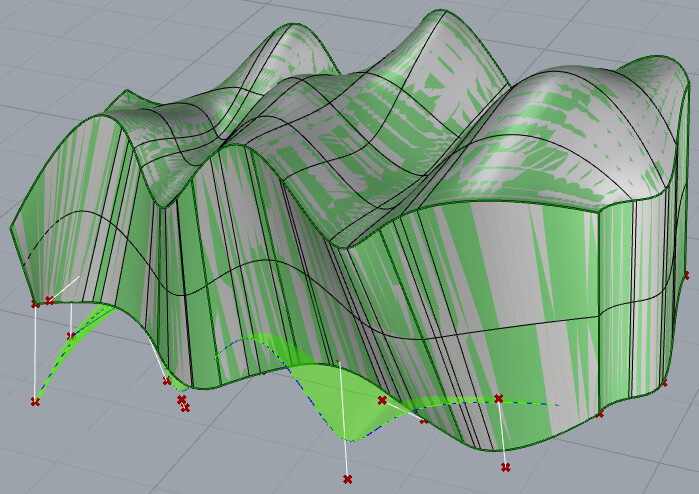 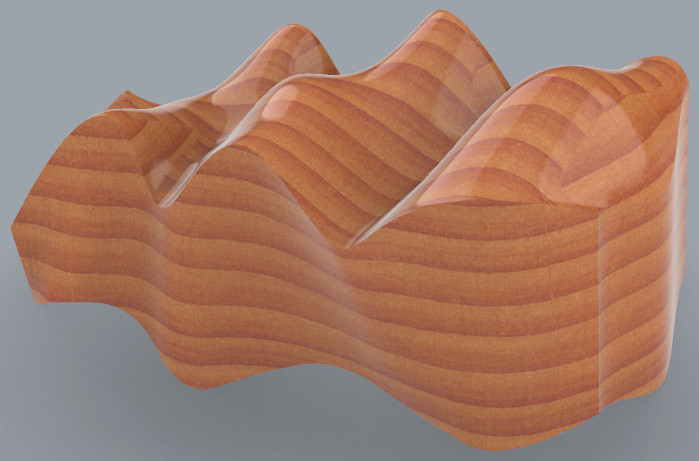