Hey there! I’m fairly new to Rhino and Grasshopper, so I’m sorry for any misused words in this question.

I’m doing this façade, which is composed of 1.8x1.0 panels which, in turn, are divided in 0.3x0.2 panels (the division is made using lunchbox). I used and tried to adapt an algorithm (from https://parametrichouse.com/extruded-facade/) to create the extrusions. It allows me to define what could be called the height of the small triangles that are generated with the extrusion and vary it between a min and max value.

I was wondering if it was possible to randomize the height instead of having it always go from min to max. I tried something similar to the use of jitter in this algorithm (Assign a random color) but to no success.
Does anyone have any suggestions of what could work?

r u looking for it 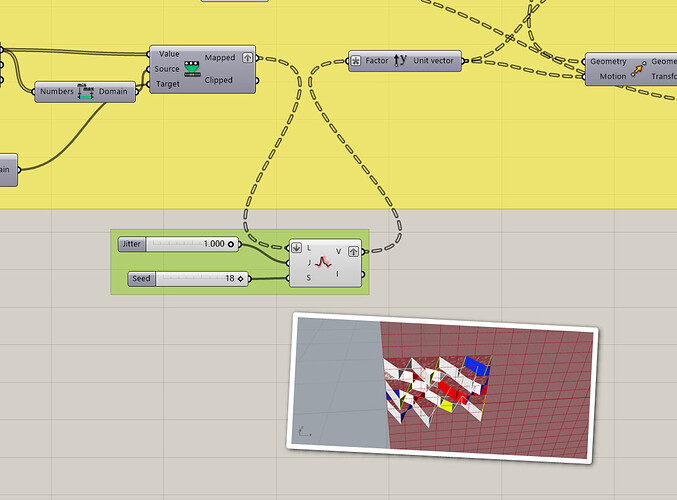 I tried using that but maybe I was doing something wrong? It would usually break the shapes or just have them all be the same height. I ended up doing something like this: 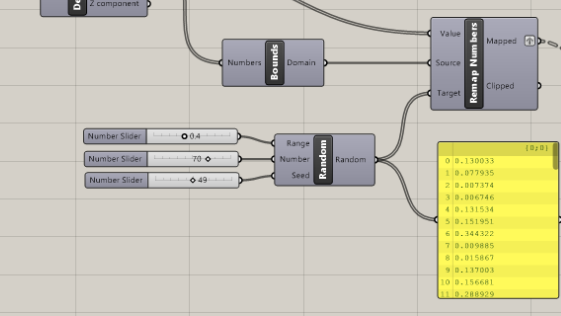 It kind of worked but it was still concentrating the highest values on either the left or right (just not as clearly).
I’ll try that out again now, thanks!