Radiation by GH algorithm, not by Ladybug

I am simulating “radiation” of the building. I tried Ladybug analysis but it was a bit slow to simulate.
Since I need to iterate several times for simulation about over 100 times, connecting another engine, I am trying to analyse by GRASSHOPPER algorithm, not by Ladybug.

I have done a shadow:

BUT,
I need to calculate “Radiation” on the “surface of the building” in Kwh/m2. I am stuck with it.

Can anybody help? Any comments are welcome.

Maybe this can help?

I have no insights to offer about solar radiation, sorry. Looks like you did a good job with shadows, which I seem to have broken somehow… I was playing around with Mesh Shadow which basically produces outlines of the shadow areas. In the process, I tried a few things.

Obviously, our sun paths are mixed up about which way is north! And again, my sun path widget is oversimplified… 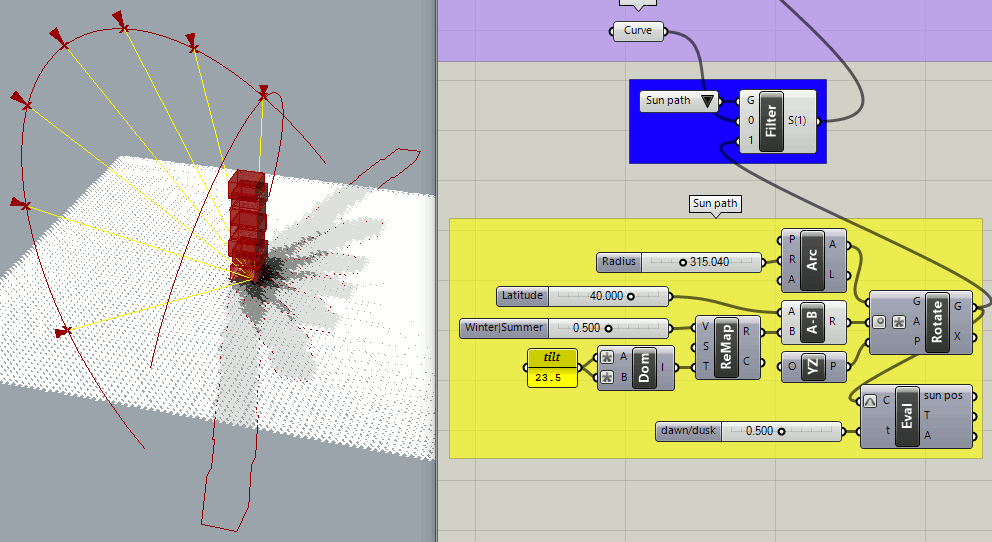