Python for Grasshopper not importing

This guide describes how to use data trees in Python.

Any known solutions? Python works in grasshopper in general, but can not import grasshopper components.

I see, thanks. They should change the documentation, because at the top it says you are viewing the documentation for “Rhino 5”, which makes following the example for Rhino 5 frustrating if they didn’t exist at that time.

Also the sample file in both cases uses the treehelper, and neither works in 5.

it doesn’t?! It’s working in Rhino 5 for me, (but I also have Rhino 6 installed, maybe that has something to do with it?) This is from Rhino 5. 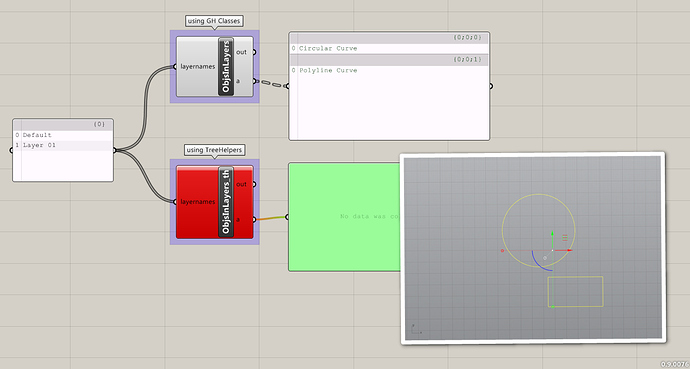 using the example file from this page: (the treehelper fails, as expected, in rhino 5)

This guide describes how to use data trees in Python.

this is the code from that example, using GH classes: it’s not using the treehelper function at all.

I am so confused, that is not the code when I download it. Thanks for checking it!

Am I looking at the right script to download? 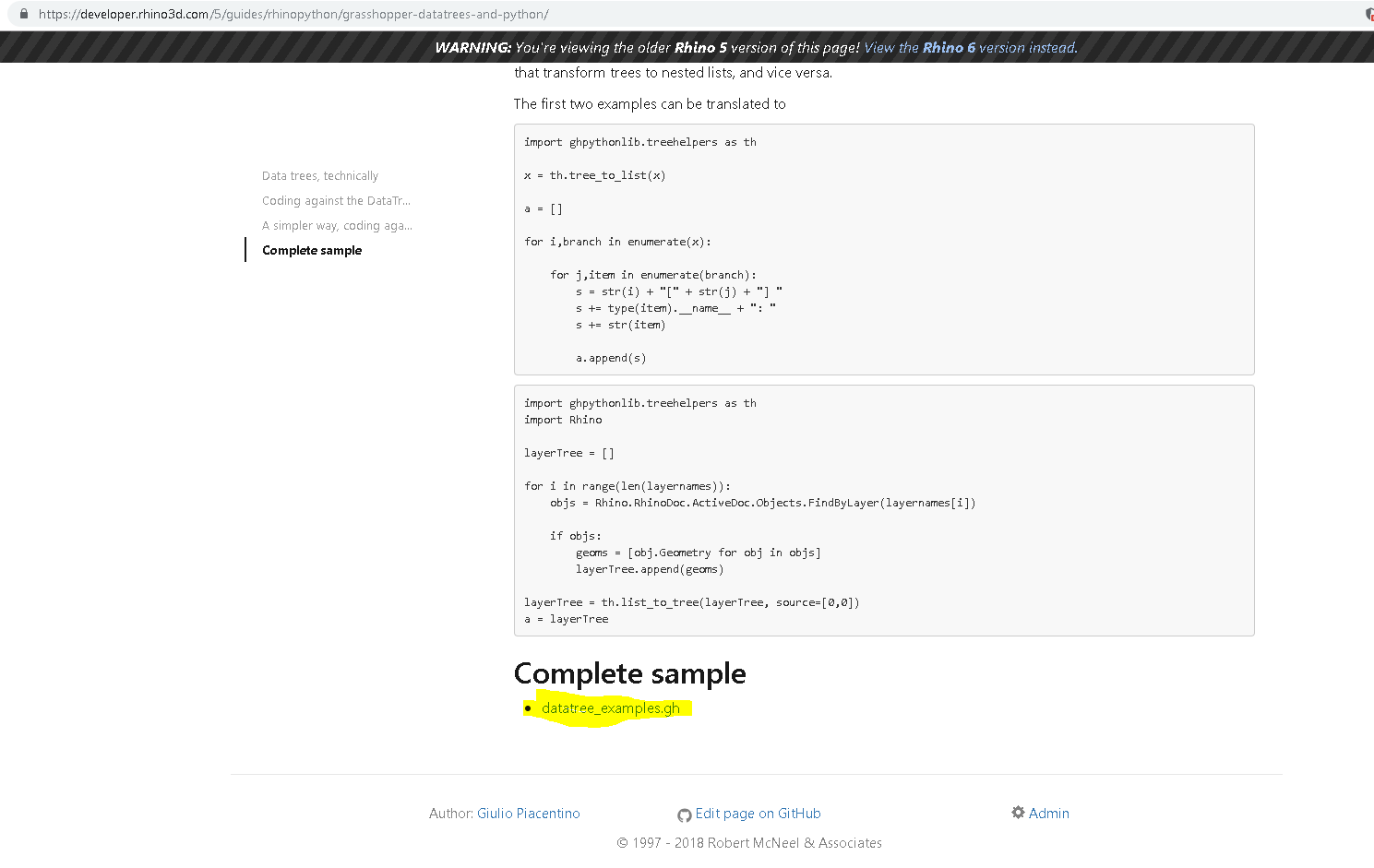 I see, it was the box above the one I was looking at. Sorry!

The script in that component requires some geometry to be on the layers that are named in the layernames input. If there is no geometry in the Rhino document, on those layers, there will be no output from the component.

Yes very sorry, I noticed that I was looking at the wrong box. When you said two examples, I thought it was the grasshopper groups that you were talking about. 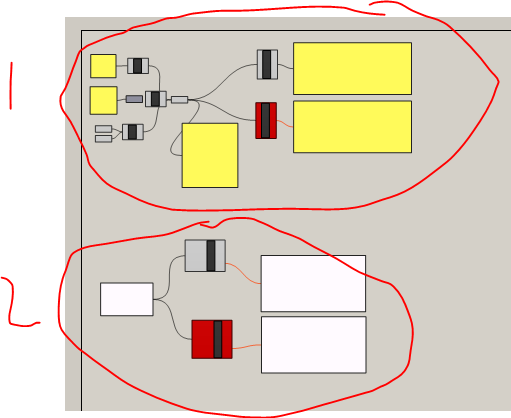 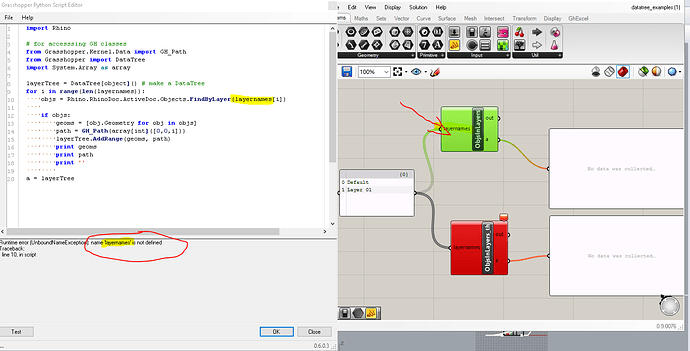 any chance you have a typo somewhere? Make sure that the input spelling of “layernames” is the same as where it is referenced in your code, (line 10).

Just for reference, here’s everything you’re probably ever gonna need to know regarding reading/writing DataTrees in GHPython:

There’s also the documentation of the DataTree class itself: https://developer.rhino3d.com/wip/api/grasshopper/html/T_Grasshopper_DataTree_1.htm And some minimal examples for reading and writing two dimensional trees: Read: """ Read the Grasshopper Datatree "FooTree" and translates it to a nested Python list """ pyList = [list(b) for b in FooTree.Branches] Write: import Grasshopper as gh def listToTree(nestedList): """ Convert a nested python iterable to a datatree """ …