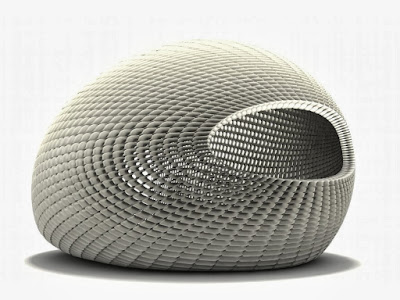 Michiel van der Kley is starting one of the largest 3D printing projects to date:

Project Egg is a large space (5x4x3meters) that is consisting of 4760 unique ‘stones’. The space, the ‘Egg’, is entirely built in Rhino and Grasshopper.

Project Egg is also about co creating. We are asking all people that sympathize with the project and possess a 3Dprinter to print us a stone. This way it will also be a community project. People that do not own a3D printer but like the project are invited to adopt a stone and thus be apart of the project as well. The outcome of project Egg is to be shown in Milan, during the Furniture fair in april 2014.