Sorry if this has been covered, as I just started using V8 and can’t find this exact glitch. I have been carrying over the same popup toolbar since V4 and it’s getting ugly, I admit. Time for an overhaul. But for now, I had to re-arrange things because the width is preset (which is a pain), but I see that’s been covered. The HUGE issue for me right now is that the nested toolbars are useless for me on my pop-up toolbar. See attached image. They pop up around the outside of the popup toolbar, so I cannot get to them if the button isn’t near an edge. By the time I get to the, my mouse has traveled over other buttons, canceling the nested commands that popped up before I can get to them. The second issue is that I keep a lot of toolbars off to the side on a second monitor, and the nested toolbars for those buttons don’t fly out near the button, they slam all the way over as close to the monitor that rhino itself is open on. This is all on a Windows 11 machine running an RTX 4090 gpu. 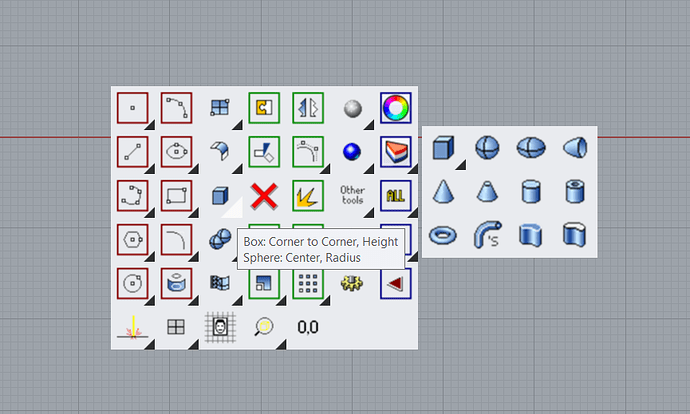 Great to hear. Thanks! Loving the new “flair” options in the view display, going to be fun when making layered images in photoshop.