Polyline is nearly perfect, but not perfect

I want to draw a closed polyline in Grasshopper (and Python), with Lengths and Angles as the inputs.

I’ve used ‘Polar Point’ inside a loop, to create the required Polyline. The resulting curve looks similar, sometimes the dimensions are nearly perfect, but it doesn’t exactly match the curve I draw manually on Rhino. (inspite of giving the same lengths and angles as inputs.)

I’ve attached both Rhino and Grasshopper files. Can someone let me know what I’m missing?

I turned it up in your document and measured one of them (see command line) showing 92.81º which had been rounded down. You can’t put the rounded angle into your python script and expect the same result. 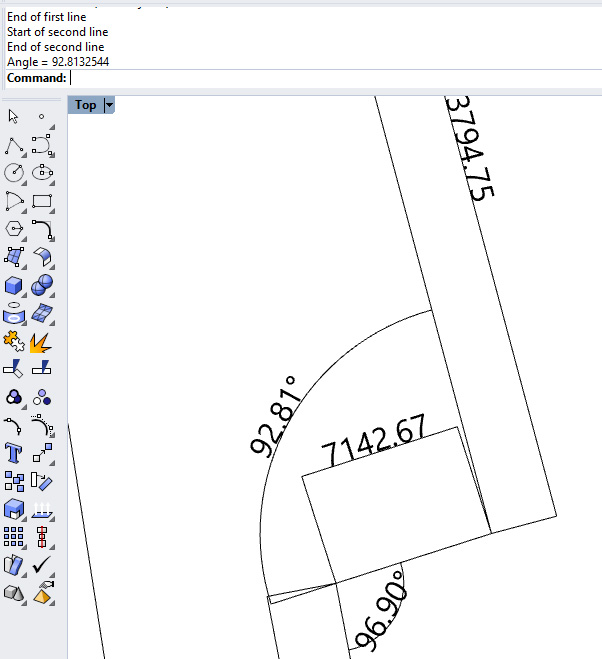 Clearly, I had not considered that. I’ve been using a drawing from someone else. Seems like they’ve goofed up the angles/dimensions. Who uses 4930.8776 mm as dimensions while drafting?

Thank you for pointing it out for me. I’ll set some kind of tolerance values for the angles.