I’m struggling to find a way to create polar histograms in grasshopper as a way to compare city/district/neighborhood street orientations. My intent is to analyze neighborhood street grid diversity similar to how this blog (https://geoffboeing.com/2018/07/comparing-city-street-orientations/) analyzes street orientation at a city level. A python script has been provided as part of the referenced post, although I’d like to see if this could be recreated in grasshopper in order to have more control on the subset of street segments being analyzed.

Has anyone created anything similar or have any ideas about how the python script can be translated into grasshopper?

if you can’t recreate it, fake it. These diagrams aren’t saying anything and nobody can validate if its accurate or not

It must not be difficult to recreate but it depends a lot of the data you can provide. So post some curves/streets you have.
If curves ends at intersection you have just to get the tangent at the intersection, orient it in the good direction then measure the angle relative to the north, then simplify the angle, say to 5°, use Set and count !

Here a part of the solution. 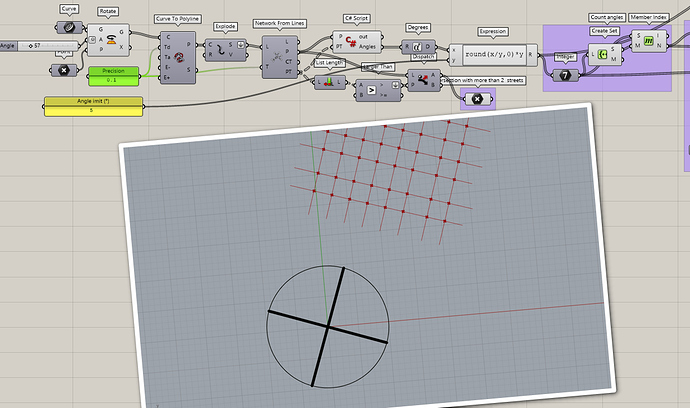 I tried a bit with town maps provided here 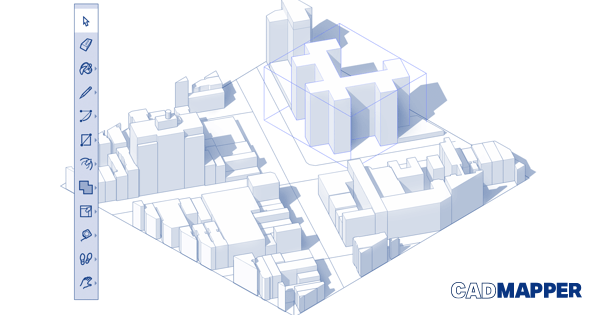 Cadmapper lets anyone create 3D CAD files of any area in the world within minutes.


The difficulties is to cut the curves and make Network From Lines working.
street direction at crossing.gh (221.5 KB)
1 Like