hi,
I want to extrude a curve THROUGH a point. In the sense that the resulting surface must extend beyond it, essentially making it a focal point.
extrude point unfortunatelly stops at the point.
(In the image I just created a loft between two misaligned circles just to show the shape of what I’m after)

I could divide the curve and create lines that extend beyond the point and then loft them but I have many such curves and it results in heavy calculating…
Can anyone think of a lighter/ smarter way to do that?
thanks.
extrude.gh (4.3 KB)

Well in this case you gotta use loft and of course have a tolerance for your the focal points because at zero area no circle can be made so there won’t be zero area circle by definition . 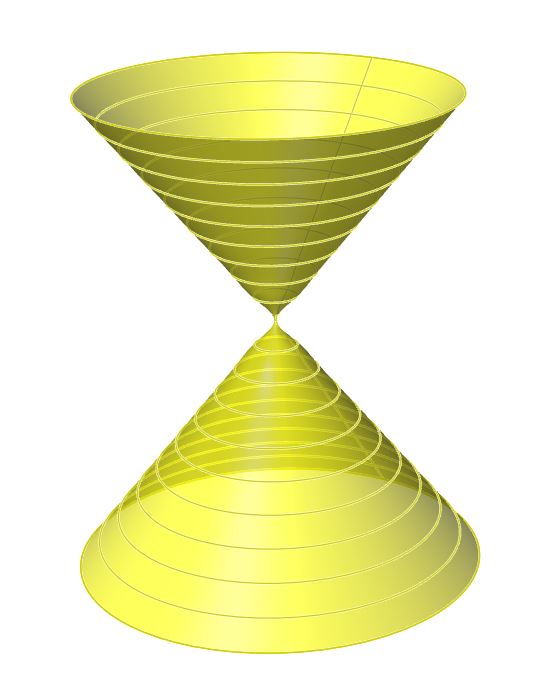 Additional Point : In this file the tolerance value for scale is added to all of the circles , you can take out the mid circle and scale it separately then add to list .

Man, I mentioned the lofting case especially to say that this is what I DON’T want to do.
I am thinking if there is a way to do it with vectors or something else…
-and the circle is a simplified example. In reality the curve is much more complex-

What would be the other way “ExtrusionTerm” , Variable pipe?! => same as lofting .

Rhino Extrusion method just takes one vector to base the extrude and your kind of extrusion does have one vector all the way , so this is not about extrusion by vectors , the def scales whatever geometry you have(circle , rec, …) .

Ok, I found it.
You just recreate the curve with negative values for the control points in the point’s system. then you just create a new point extrusion.
It seems to be working fast.
extrude.gh (14.0 KB) 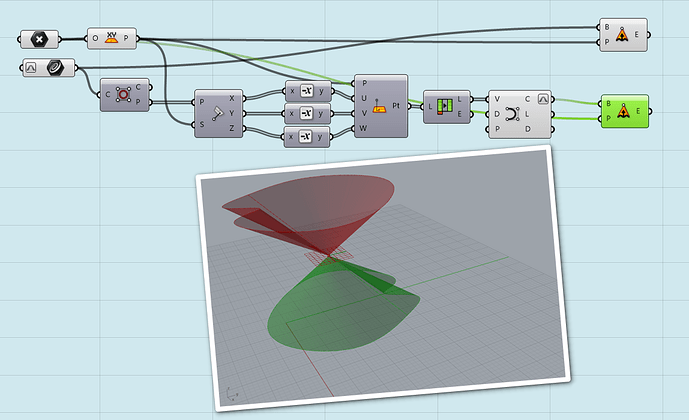 Transform curve relative to the point => point-symery-transaltion.
Then use sweep2 with profile = Line(Curve1.PoitAtStart, Curve2.PoitAtStart).
Curve and point can be anywhere in 3D space.