Hi
I am very new to the idea of Rhino.Compute
and I am trying to understand the sample file “circleinintersection” program
from the github site.
see image and if someone could answer those questions and also
explain
Local Rhino API vs Rhino Compute that would be helpful
Thanks 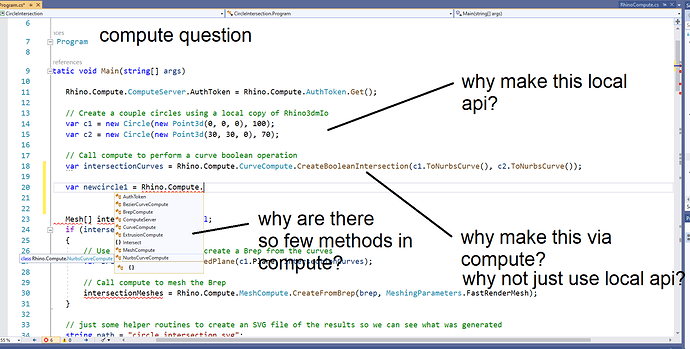 Say I would like to achieve something that Rhino/Grasshopper can do , but

I’m new here too so I might be wrong!

@MonkeyFace Those are great use cases for rhino3dm and Rhino.Compute!

@marcellojs - good question! If you are getting into Rhino.Compute, it is most likely because you want to access Rhino functionality, but don’t want (or can’t) have Rhino installed on the machine.

Access most of the Rhino.Geometry namespace to calculate intersections, meshing, and other stuff not available in rhino3dm

I didnt see anywhere in Rhino.Compute where points could be created. Is that possible?

You don’t need compute to create points - you can do this using RhinoCommon (Rhino3dmIO).

Hi I am still not understanding this.
If you say use RhinoCommon to make the points
does this mean you do not need rhino installed on your machine to run the RhinoCommon
api such as creating points or creating breps? 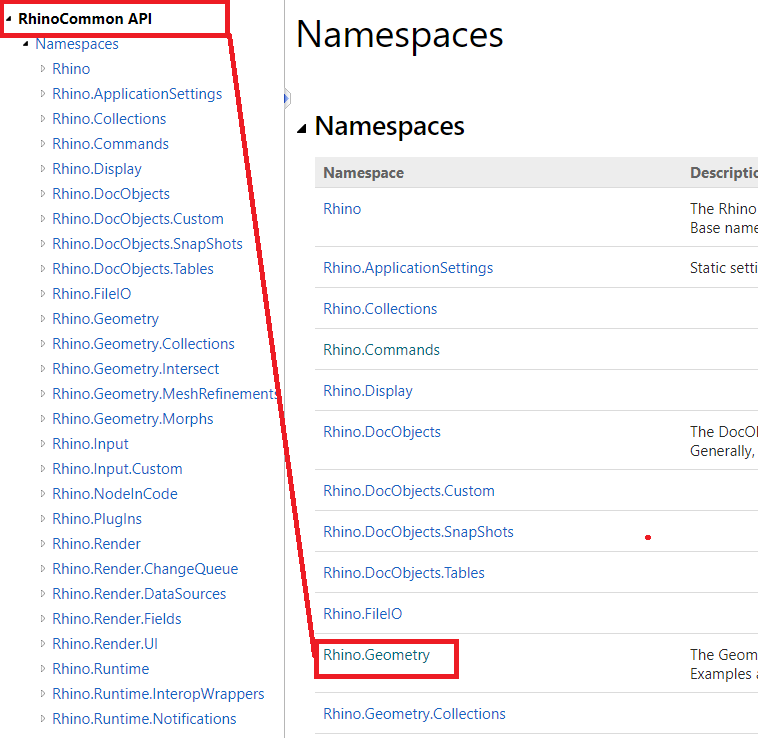 If you do not need rhino installed to run rhinocommon api commands like new point3d(x,y,z) or create a new brep, why use Rhino.Compute to make breps? could you clarify? I may be mixing rhinocommon with rhinocompute. thanks
’

Use RhinoCommon when you are developing functionality to be used while running the Rhino application.

however Luis @MonkeyFace said here that you only use rhino common which includes creating points when you run rhino application. Thanks

Outside of the Rhino application, you create geometry with rhino3dm. If you need to calculate something from outside of Rhino, like trimming a surface with a curve, then you use compute.

Structs such as points work a bit differently due to how we compile the libraries to different languages. In javascript:
let pt = [1, 2, 3];

Maybe it would be best to work on an example. Do you have some code to share so we understand what you want to do?

Sorry about all of the confusion. We are going to try and update our documentation to be clearer on this subject.

I am just trying to learn about rhino.compute i dont have a sample code that i created i am using the sample code that you put on the github site. as shown in the image at the start of this post.

I am also not a seasoned rhino developer and I am only just getting started with rhino api but I plan to learn and help show others the benefits of rhino.compute. so perhaps we need to have an offline conversation where you could walk me thru the sample file so I could better understand the need for using rhino.compute. It seems I keep asking the same questions and not getting clear answers and It is because I am not explaining myself very clearly … so here are the questions so I could better understand. thanks!!!

Say my ultimate goal is to create a sphere of raduis 1 and at origin and show it on google chrome (But for simplicity lets skip the google chrome part) and say I am connected to a server that is not on my computer and I do NOT have rhino installed on my machine.

I think I am confused on which method to use …
the RHINO3dmIO “local” methods or
the Rhino.Compute methods.
I think that needs to be clarified
and I keep thinking that IF I DO NOT have Rhino installed on my machine I can not USE the RHINO3DMIO “local” methods.
your clarity would help thanks!!!

I think the most relevant part is the fact that you want to display the geometry on google chrome.

If you work backwards from your goal you need - I assume- a sphere mesh to display on chrome.

If you want a mesh sphere created from your nurbs sphere you will need a means to convert that nurbs to a mesh representation of it. For that you need Rhino.Compute and for that you need a Rhino licence and access to a local rhino installation or a rhino compute server.

Someone please correct me if I’m worng.

and I keep thinking that IF I DO NOT have Rhino installed on my machine I can not USE the RHINO3DMIO “local” methods.

Rhino3dm (we are soon dropping the IO part) does not require Rhino to be installed on your computer.

To run RhinoCompute methods you would NOT need rhino installed on your machine
so far so good?

SO…
a few simple questions then

and it looks like that there is OVERLAP with some methods in RhinoCompute and Rhino3dm?

so with that said
if I wanted to run a method that was both in RhinoCompute and Rhino3dm and Rhino was not on my machine then I would never need to use RhinoCompute?

Hi,
Yes if all you need is methods that are available in Rhino3dm than you have no need for RhinoCompute or a Rhino license.

Why is not all available in both Rhino3dm and RhinoCompute: because Rhino3dm is free and primarily a means to read and write 3dm files. RhinoCompute is capable of geometric computations with propriatary code and as such not free and available in a separate API

Yes makes sense
But it seems to me still very confusing and Very
“here and there” if I had to explain it to someone who is wondering what rhimo.compute is…

So
With the vision of rhino.inside it was a great step forward in placing rhino inside another program
Rhino.compute builds on that to run anywhere without rhino installed…brilliant

But It seems to me there should be one Api
Rhino.Anywhere or whatever you call it
It has all methods from
rhinocommon rhino3DM and rhino compute and it could be used anywhere on the planet any computer anywhere inside any program
I know that’s not easy to do and the pricing model would clash against that

But It seems to me there should be one Api
Rhino.Anywhere or whatever you call it

We’ve also discovered that there are many scenarios where you shouldn’t be directly calling compute and instead should be working through a web server that communicates with compute. I ran a workshop on this topic (linked below):

Wanted to thank you for sharing.
Really insightful to have this overview! 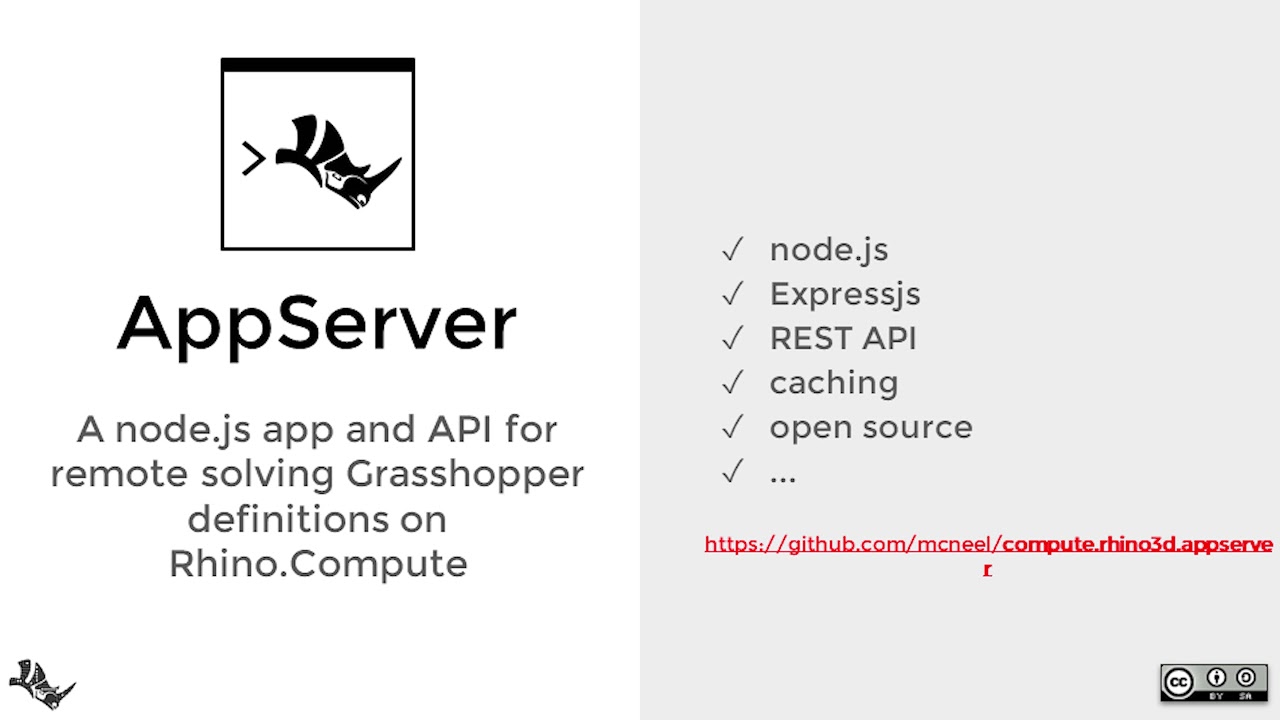 It definitely is for optimising scripts that deal with large models. Rhino3dm calls are relatively fast, compute calls are comparatively slow.