I was following Kyle Houchens’ earbud tutorial. Of course it was done with Rhino for PC. Things were going well until I got to the cap command. I tried the same settings for the bulge but didn’t get the same results. Is it just the difference in the Mac version?

for something like that, it’s unlikely you’re seeing a difference between Rhino for windows and mac…

(and if you are, it’s possible you’ve encountered a bug)

something might be different, even slightly different, between your model and the tutorial’s model prior to Patching.

Thanks for getting back to me. I created a slender and tried all
combinations of the patch Surface Options Box. Here is what the result
looked like:
Lonnie 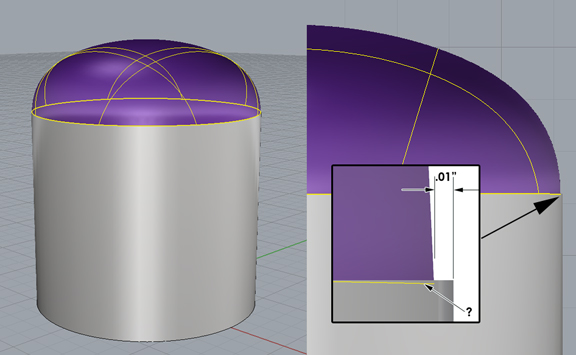 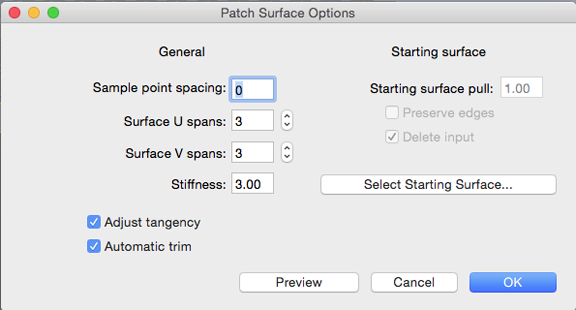 There’s no reason to use a patch for this. A simple revolve will produce a 1000 times better result. Rhino’s patch command is next to worthless when matching to continuity.

I simple revolve will produce a 1000 times better result

Or a loose loft.

I know there are many workarounds, but I can’t believe that the patch tool is supposed to work that way. I’m just trying to duplicate the same steps that Kyle did in his earbud demo video.

what time in the video is the patch command being used ?

Wow I’m impressed that you would bother looking at the video. But if you are determined, it’s about 3/4 through.

And the whole intent of the video was to demonstrate the Rhino tools. I was just trying to figure out what I did wrong.

But l appreciate all the support.

you’re drawing at a different scale than Kyle is… 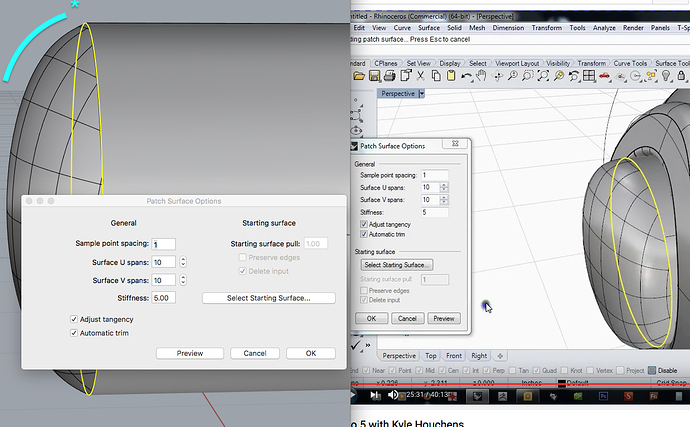 so yeah, draw the earbuds at their actual size to get similar results as the tutorial is showing