Can we get some simple parametric objects in rhino? stretching boxes is soooooo hard to do.

building an architectural model for example has thousands of boxes and you have keep using scale 1d every time something changes and fight the object snaps of 50 overlapping shapes each time. then you snap to a slightly offset point and the scale 1d shears the object 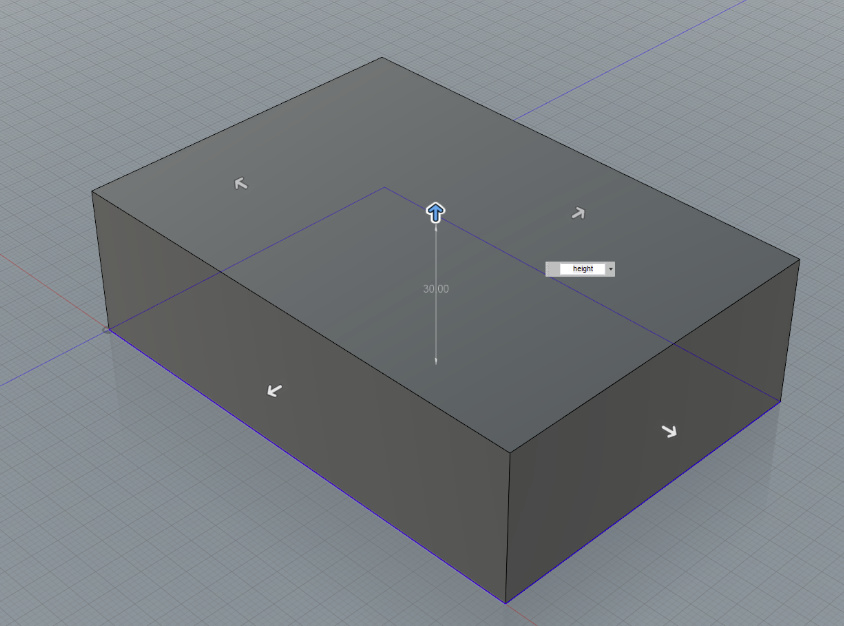 in the future it would be nice if we could define our own objects using embedded grasshopper code, similar to dynamic blocks in autocad

Since there is no “box” object type, I don’t see a clean way to do that.
In Rhino they are either a 6-surface BREP or they are an Extrusion.

My guess is Grasshopper is going to be the best route for something that acts more “parametric”.

and you have keep using scale 1d every time something changes and fight the object snaps of 50 overlapping shapes each time. then you snap to a slightly offset point and the scale 1d shears the object

Grasshopper is for sure the parametric way to go, but also for this you don’t need scale1d if you want to avoid weird snaps. Use MoveFace command and set constraints to normal. You can even type the amount to move. 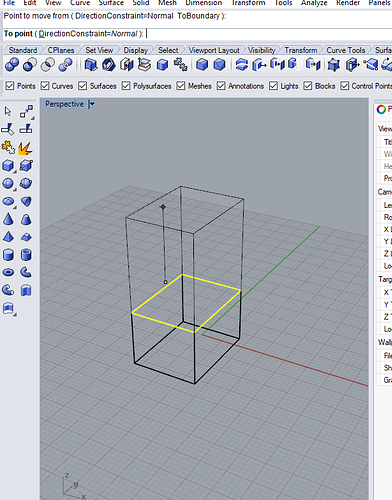 I was going to suggest MoveFace myself, but for a massing diagram with boat loads of boxes, MoveFace replaces the Extrusion with a polysurface so the file gets too heavy too fast.

It just comes down that Rhino was never intended for this sort of modeling so it can be pretty cumbersome.

MoveFace replaces the Extrusion with a polysurface

Good to know, never actually realized that. I guess Grasshopper would be an issue also at baking time since it doesn’t deal with extrusions either.

Since there is no “box” object type, I don’t see a clean way to do that.

There’s your clue. Make a box object type or even better - a solid object type.

Instead of just having the possibility to use clipping planes, very useful in numerous cases would be to have a clipping box (instead of the need to create 6 planes) With the possibility to move each face of this box using the gumball or dragging, respectively each vase should be constrained to move only along its normal. Another possibility for the box to be able to be rotated.

Is there a reason no one has mentioned BoxEdit? Start the command, select the object, type in the new desired overall dimension or scale factor. Several options available.
https://docs.mcneel.com/rhino/5/help/en-us/commands/boxedit.htm

Another way: subobject-select box face and use Gumball to move it (explore gumball options for snapping etc.).
There is so many ways already, and most of them work perfectly fine.

That makes a polysurface (it’s same as move face - great shortcut though). BoxEdit keeps it as extrusion.

That makes a polysurface (it’s same as move face - great shortcut though).

If it’s an extrusion object like a box, you can turn on control points (F10 in Windows) and you will see the extrusion control points, you can pull the top or bottom point up or down to change the height, and it will stay an extrusion. Works well with the gumball for moving a specific distance as well.

Have you considered using an architecture-based Rhino plug-in such as VisualARQ? It’s based on parametric modeling which allows the end-user to make changes at any point in the workflow which in turn updates all of the associated geometry in the process.