Hi
V5
I had a code or macro , whatever , in V4 I made a button for so as to be able to take a profile and place it along a curve, tangent to the curve, the original profile already being tangent/perp to the curve.
It was not easy though, .
I spy OrientToCrv in V5 and it seems to be what I want…I hope.

What am I doing wrong. (profile is the item at right )

the profile changes orientation…why does it do that, and how to get it back to matching that of the original. ?

also jpg of what I hope to achieve.
see also file attached.
As it is placed along the line it should start leaning backwards, the straight base should be parallel to that of the source and to XYplane throughout. I need it at each point on the line. 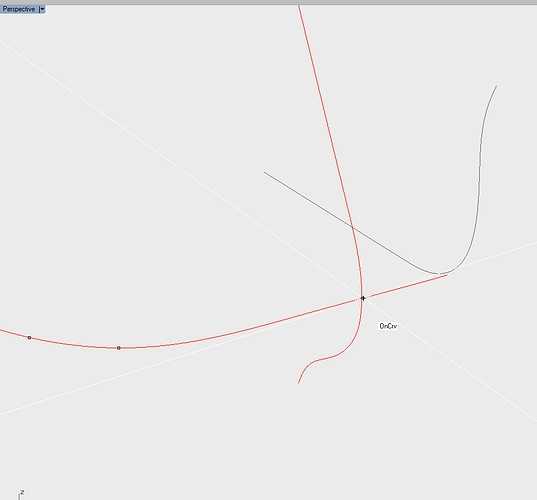 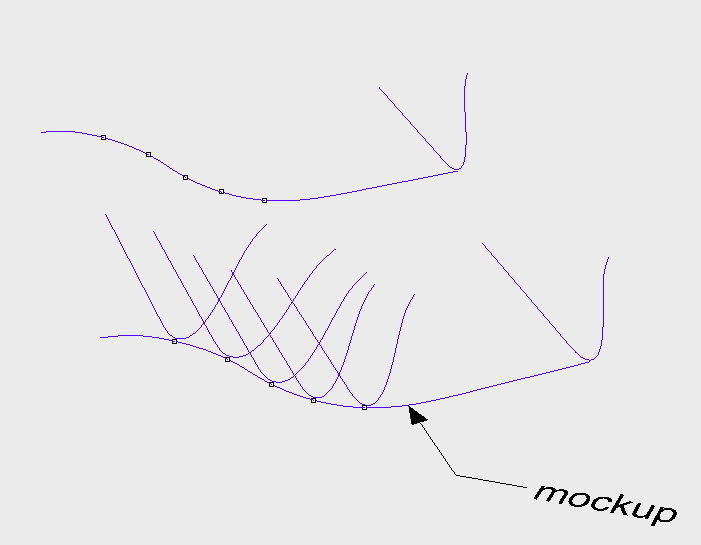 To get the alignment that it looks like you want, I think I’d use Orient in Front . It might be easiest to have some perp guide lines at the target locations.

(Edit… sorry, wrong file attached initially, and No to project on osnaps…)

Hi,
trying that but not even seeing a copy created (with copy yes)…getting nowhere there.

aha project off, your edit update,. and i was getting refs and targets wrong, but now its turned it through an odd angle. still struggling.

Many moons yrs ago I had a code from you that orientated a profile that I had sitting perp to a curve at the start of the curve, it copied it perp to curve and aligned to curve so as the curve changed direction in both planes it still was doing what I wanted. I was able to go click click click and place copies quickly along a curve, this orient is more involved it seems.

Its on V4, though not at the mo, as some reinstall saw me not reinstate it though I need it now.

OrientPath.tb and OrientPathOptions.tb I see in a folder. Thats it !!!

I am not sure what the difference between these is, maybe you added in some options for me.

how do I use these for V5, I guess I need to make the button again. what file extension would my button have been ?

Is this code now encompassed in one command in V5 ?

Hi Pascal,
I came to place my L profiles around this rail, and searched on the answer to the code I had from you, wher I made a button to run it etc back in V4 days. I see this was not answered, so still with no tool.

I come to place these L profiles around my rail, a simple task, and need this again.

see last post here, what were these I had from you, are they ok, has V5 such installed.

Enlighten me on what to do with them please.

Simple task of placing profiles around a rail before a sweep.

Just sweeping the first one should work fine.

Hi, it did, but I do need that tool I had in V4 to orient my profiles to curve, keeping them perp.
I seem to recall steps:-

i found those codes attached on my pc, but cant recall what I had to do.

is there not by now a command to do this simple orientation task ?

OrientToCrv failed as you can see.

I made a button for them and added it to toolbar.

OrientOnCrv works fine here. Note that the command does not know what you want, you need to tell it - in this case Perpendicular, and YFlip=Yes does the job as far as I can see.

I try also the Rotate, but first reference point sees no snap ability to the L profile,

…but what were those codes I posted, are they now this command, have they been superceded with better ?

Hi,
yet again, I am using y and x flip, yet this profile wont go as I want it.

despite x and y flip I cant get it back.

That code I had from you ? posted above.

It had me indicate two points of orientation, I told rhino a base point then two directions to maintain the profile in.

So in this case I would indicate the tangent direction along the rail, and another direction to stop it turning my profile 90degrees.

This orientOnCrv seems to insist on rotating profiles.

This should be easier than this to do.

can I use those codes in V5 or might they clash ?

Just how do I use OrientOnCrv in this example ?

I just wish to place these profiles at strategic points along the rail to give a better sweep.

Yeah there is no good way for Rhino to know what you think the orientation should be like. The way to look at the orientation (with Perpendicular set) is to see the XY axes on the preview - see how those align to the preview curve as the CPlane X and Y align to the original? If you get that synced up, it should work OK. In this case XFlip=Yes, YFlip=No, Rotate=Yes, -90 degrees.