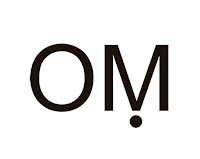 Om., a company focused on computational design and fabrication, recently introduced a concept called Om.EGVO to create a song that matches the sonority based on the formation of an object. This is done by placing a 3-D model in the center of a cube-shaped network composed of “invisible strings”. Due to the area of the object within this network, the strings are stimulated by creating musical notes.

With Rhinoceros they are able to link surfaces on the object to Grasshopper and by using additional software such as Cicada, Nudibranch, and TouchOSC, the information of each surface can be sent via MIDI to audio editing software, turned into musical notes, and then played with virtual instruments.

The Om.EGVO concept was developed by Aarón Mauricio García Hernández, architect and founder of Om.. It takes as inspiration the sound references from R&B, Funk, Soul and Hip Hop music to reproduce the first album about “songs-objects”, to be published at the beginning of next year.

Check out this video! Om.EGVO concept and first collaboration with KUKA Robotics.

What is a RhinoFabStudio? A RhinoFabStudio™ (fabrication studio) is a small-scale digital workshop, certified by McNeel, with an array of Rhino and Rhino compatible software and computer controlled tools and training. These tools cover the various leading-edge industrial methods and materials needed to design, analyze, and fabricate almost anything.