I was rebuilding the example I had been sharing on V6 probably for the first time.

In the attached file I have two polysrfs. The one in gray behaves bizarrely. The polysurface in read passes clear through yet it will not subtract or split. In fact, if I draw a line along the top edge of the red, I cannot use it to trim gray.

If I intersect the curve at the top is open for no apparent reason.

I can trim slightly above the top of red or slightly below but not where I need it to cut.

I am curious what is going on here now.

it doesn’t work because you have a lot of control points stacked in one space: 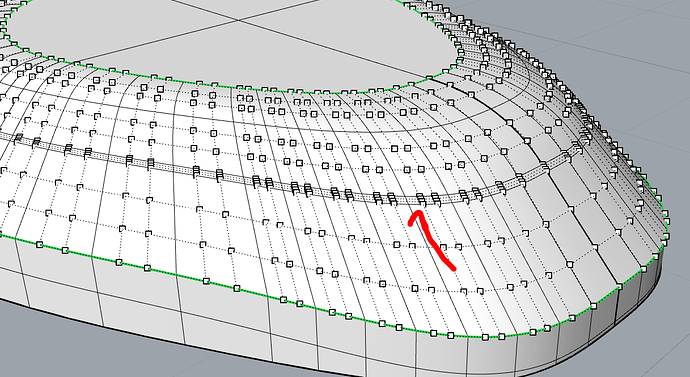 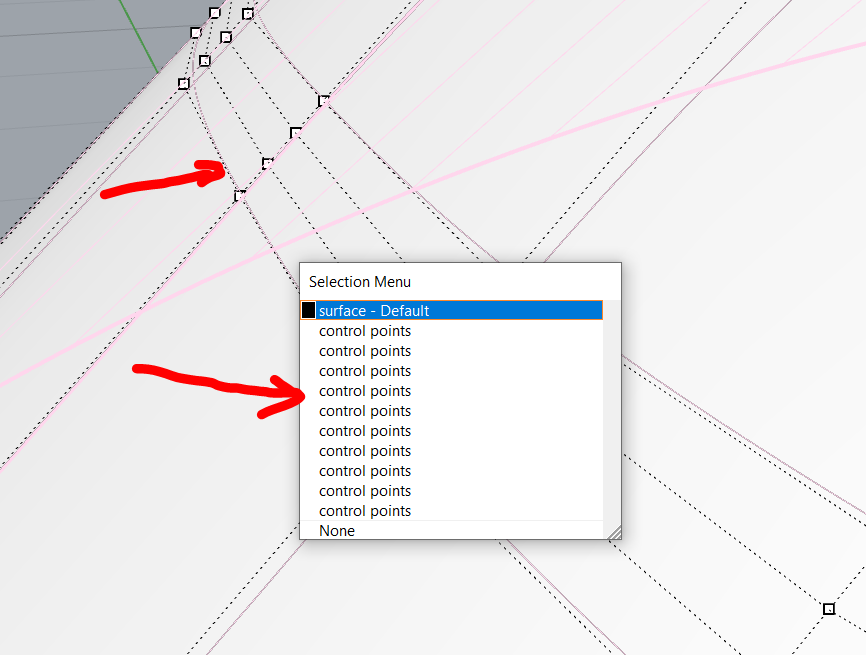 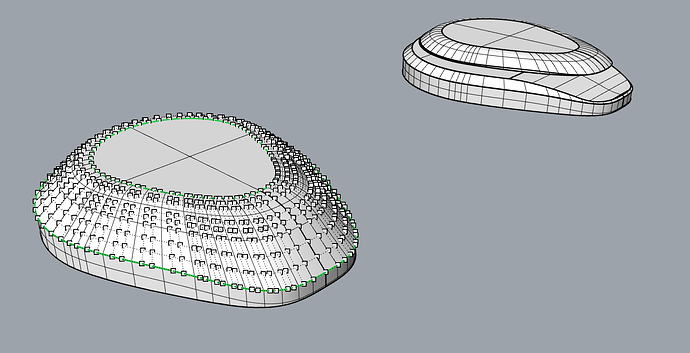 That interesting because the cross section curve are fairly simple with 6 control points each.

That interesting because the cross section curve are fairly simple with 6 control points each.

Can you post the original curves and the method you used to generate the surface? It would be good to know how to reproduce this - so maybe it could be improved…

Here’s an odd one. When I build this in my source file, I get a single surface.

I copied the curves to a new file to post and when I rebuild and the result is a poly surface.

Your profile curves are odd - Rhino reports this:

Indeed if you explode them, they break into two. There is a fully multiple knot (i.e. kink point) in the middle of each one. If you run RemoveMultiKnot on the profile curves the Sweep2 should result in one single surface - but it doesn’t. There is another problem. Your lower rail curve is also a polycurve with two segments and one of the joints is out of tangent by a tiny bit. Fix that with Match and then run the two rail sweep and you get a single surface without kinks.

Thanks, that command will probably help me in other places as well.

I guess I cannot just rely on GCON saying its G1.

I guess I cannot just rely on GCON saying its G1.

Hello - GCon reports the G1 status according to the document properties angle tolerance; it also reports the actual angle difference, which is what I generally care about most. Shoot for 0.0