NORMAL word in all viewports, I don't know what is it

Hi, I am seeing “NORMAL” word on my viewports for R7, any idea what is it? 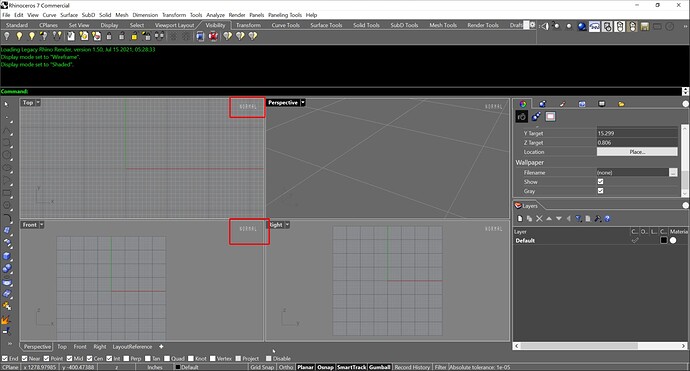 Hi Francisco - if you block that plug-in in Options > Plug-ins page and then close and reopen Rhino, does that go away?

Hi Pascal.
That specific plugin is homogeneous among all our Rhino instances (averaging 33 users at the same time), we use it to ensure company-wide settings are the same for all our users.
Regardless, the problem remains: 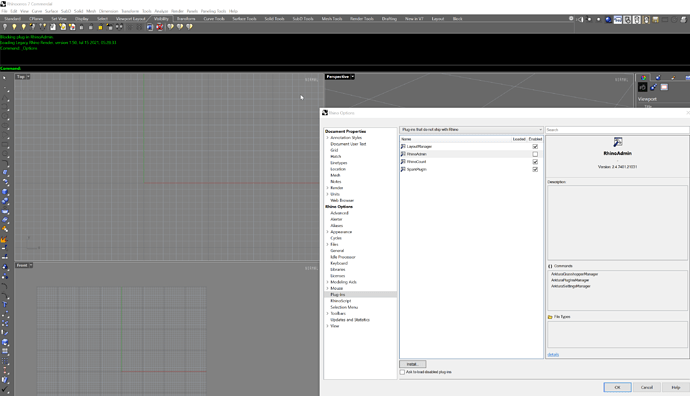 Hi Francisco - I would also disable those other plug-ins and see; Rhino is not adding that label on its own, there must be a plug-in.

Hi Pascal,
I see, we’ve disabled all the plugins and the message it’s still there, 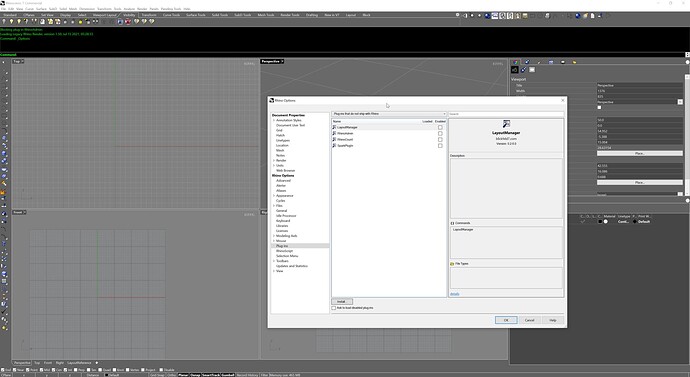 Rhino, no plugins1920×1050 119 KB
Here’s another Rhino 7 (different computer) which does not display this and has the same plugins: 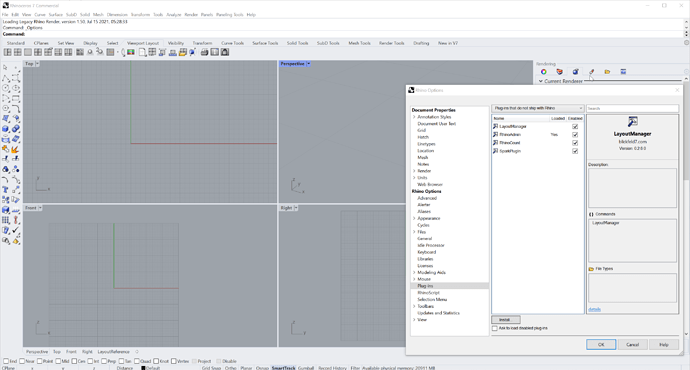 Well, if it’s not a Rhino thing then first of all thanks for responding and trying to help.

It’s a minor concern but it’s a mysterious one.

That is pretty odd - I cannot think what, other than a plug-in might be drawing that in Rhino viewports.I am not aware of anything in plain Rhino that would do that.

Ok, I guess it’s going to remain a mystery then hah,
Thanks.

maybe it is in the template. look in your display modes if there is an image in the background.
certainly would work. 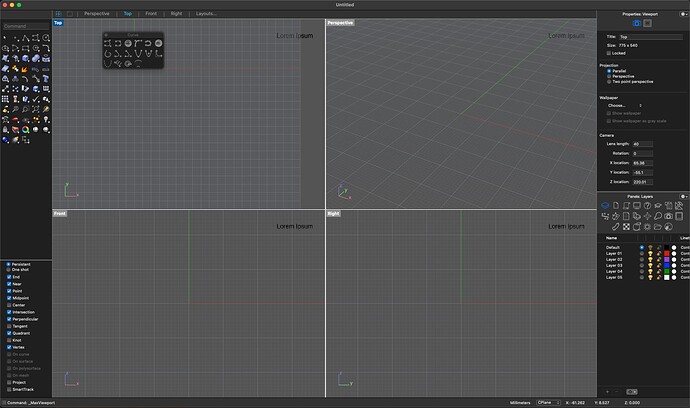 That might be one of the on-line Gaming tools that come in some display drivers.
For Nvidia, choose the “Studio” driver to generally avoid these interactive gaming tools that are of no use in Rhino.

Did you restart Rhino after disabling these plug-ins?

not wallpaper, background image in the display modes, you can select colors gradients images…

Doesn’t a background bitmap scale/move as you zoom/pan the window? Comparing the different screenshots it looks like the text remains constant, so on that basis I don’t think it can be a background bitmap. Unless you know of a way of locking the bitmap to the viewport?

I think you may have the Nvidia “Experience” gaming tools installed and running.
That’s just a guess.

no it does not scale, move with navigation. why would it when it is in the display mode. it sticks like a logo. it does scale depending on the viewport size though, looking at the word normal i would say that it looks pretty narrow.

just to be sure i am talking the same language, there where you set the background color for wireframe for instance cant you load in an image? i am on a mac i can use an image instead of a selected color or gradient. i am pretty sure you can too, since the display mode pen has some image either.

Pascal, I think you sent this to the wrong email address.

The user is running a Quadro P1000 with the studio drivers, Quadro does not have any “gaming” drivers, nor the Geforce Gaming Panel or something similar.

We’ll check tomorrow thoroughly, but I wanted to give you a quick update.