I’m having real trouble with the network surface component returning null for what seems like should be a fairly easy surface. I’ve confirmed that my U and V curves are sorted; I’ve removed the duplicate at the vertical seam; I’ve eyeballed this until my eyeballs won’t eyeball no more.

Is there some secret to getting this to work? 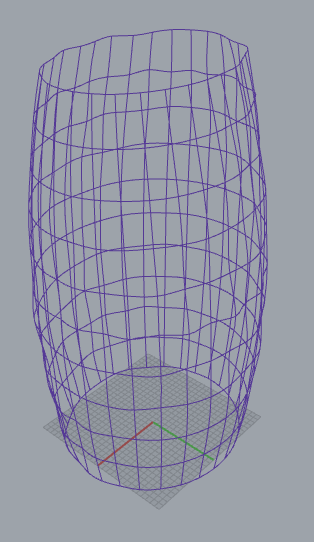 And of course as soon as I post this, I see that some of the horizontal curves are not closed.

But closing them doesn’t help. A mystery to me so far… since Loft doesn’t work either.

Hmm… closing them is working for me: 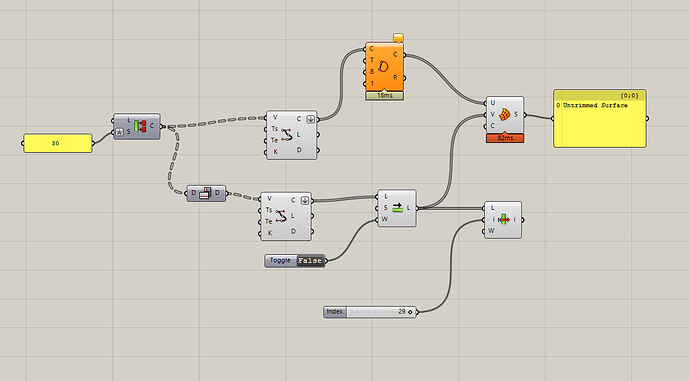 Weird. I closed them using a different method and only tried Loft, which fails (on both sets of curves), and forgot to try NetSurf, which works!

The loft doesn’t work because the line method is making very small line segments. It will be better in this case to do what Rhino’s close curve does when gap is under tolerance, Which is move the end point of the curve to the start point, rather than add a segment.