I have a curve projected onto a curved polysurface. I need to adjust the curve and am looking for how to move control points along the surface in order to keep the curve on the surface. Thanks. Harold

Hi Harold - you can use the CurveOnSurface plug-in http://wiki.mcneel.com/labs/curveonsurfacev5
Also, you can Pull or Project a curve onto a surface using History (DeleteInout=No) and edit the original curve - the projected or pulled curve will update.

Hi Harold - only if you create and edit the curve using the plug-in.

You can always point edit the curve, and then run Pullback. I would suggest maybe starting with projecting the curve onto the surface, with the Loose option set to yes. It won’t be exactly on the surface, but it’ll be close (depending on your surface and input curve of course). Once you think your curve is close to where you want it, you can run Pullback with Loose set to no, and it’ll be on the surface to within file tolerance. As you may have noticed, even a simple curve projected onto a simple surface can become very dense with points and make it difficult to point edit. This way you can sculpt the curve a bit more and then set it exactly on the surface.

Hi Harold - you can use the CurveOnSurface plug-in http://wiki.mcneel.com/labs/curveonsurfacev5
Also, you can Pull or Project a curve onto a surface using History (DeleteInout=No) and edit the original curve - the projected or pulled curve will update.

I’m looking for a way of moving a curve on surface (pull command on cone used) with the curves control points. Is there a plugin for Rhino 6

There is no “lingering” constraint in Rhino like you might have in a parametric solid modeler.
The “on surface” tool is only in effect at the time you use it. If you move an object or point later, you would need to turn on the on-surface tool again for those subsequent edits.

What plugin is it?

I’m not familiar with the V5 plug-in described above or one for V6.
I’m describing the Rhino one-shot OnSrf osnap you can get to with the Ctrl key:

So how does it work exactly? pick a point and pick a surface?

Tried googling it but nothing really shows it in use.

*Also I think there should be a pull points to surface command or script somewhere.(I hope) T splines has it but only works with t splines objects sadly.

Hello - you can invoke OnSrf ir POnSrf (P for persistent, for use in commands that do not finish after one pick, like Curve, Polyline, etc). When Rhino is looking for point locations, use OnSrf/POnsrf and select a surface - the point location will be constrained to that surface. Similar are OnCrv, OnMesh.

I would like to use it for locking a point onto a surface and moving it only in a constrained way…that would be super useful to me.

I’m working on a hack…

@Vladimir_Aleksic , @Et_Rec - here’s a very crude hack - if I have time I’ll make it slicker - right now it moves control points on the surface - the curve is not then pulled to the surface - that might or might not be desireable. It also does not draw any nice preview - I’ll try to get that in…
btw, it also works on EditPoints, which is much more ‘on surface’ as far as the curve goes.

I will test it now.

*Yup this is it in principle, what would be really required though is to move multiple points onto a surface and not just one. (Both options would be required)

Pulling a row of points and then having the ability to place them wherever on that surface.

Again, you can do this in Tsplines but that type of geometry is too dirty for anything serious. 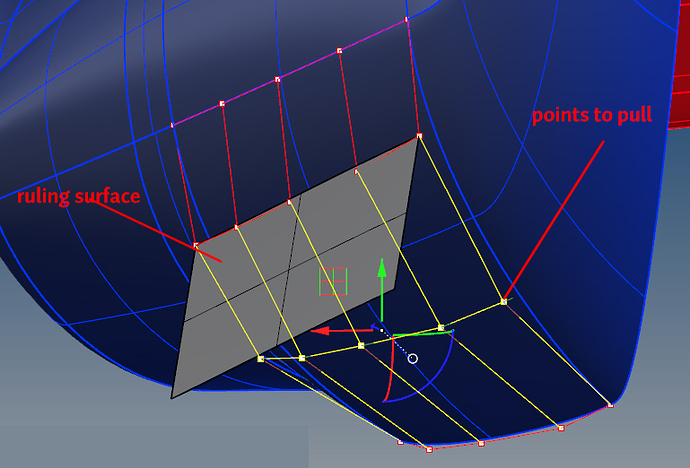 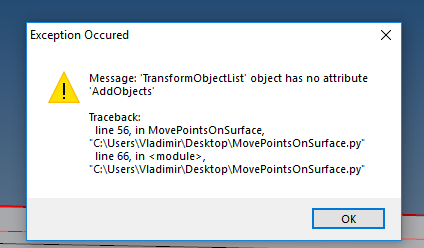 Hi Vladimir - for your first image, I’m not sure if I am reading it correctly but using DragMode>ControlPolygon may do what you want. Note you can toggle a drag mode by running a macro a second time, e.g.

will toggle between ‘regular’ (=CPlane) and control polygon modes. The mode may take some getting used to - if you want to drag on the polygon extensions, drag a little in the polygon first, hit the Tab direction lock and then drag on the extension. Assuming that is what you’re after here in the first place…

Ye, basically yesterday is the first time I saw the other ctrl osnap options…I have no idea what they can do for me yet. (and I’ve been using rhino for 6 years)

But besides polygon constraint, which I could do with a cplane also, what if I want the constraint to be a cylindrical or a spherical surface?

Hello - can you please start a new thread for this question?