The Match command sometimes changes a degree 3 curve when it does not need to be changed. See the example. This appears to only happen for some curves, and only if the curve to be matched is a straight line. MatchBugDC01.3dm (50.7 KB) (The blue curve in the example was created using BlendCrv and adusting the control points before completing the command.)

Match command
Select a degree 3 curve to be changed - lower blue curve in example
Select a straight line as the curve to be matched - black curve
Note that the two curves already have G2 continuity which can be verified with GCon
Continuity - Curvature
Preserve other end - None or position
Complete the command and the result is the red curve which is different than the blue curve even though it could/should be the same.

Repeat the above steps but use the upper curves. The upper blue curve is a copy of the lower blu curve. The upper black curve had the control point at the other end of the curve moved. Match returns the same curve. It appears that the difference is due to the curve to be matched even though the curvature at the end to be matched remains zero. 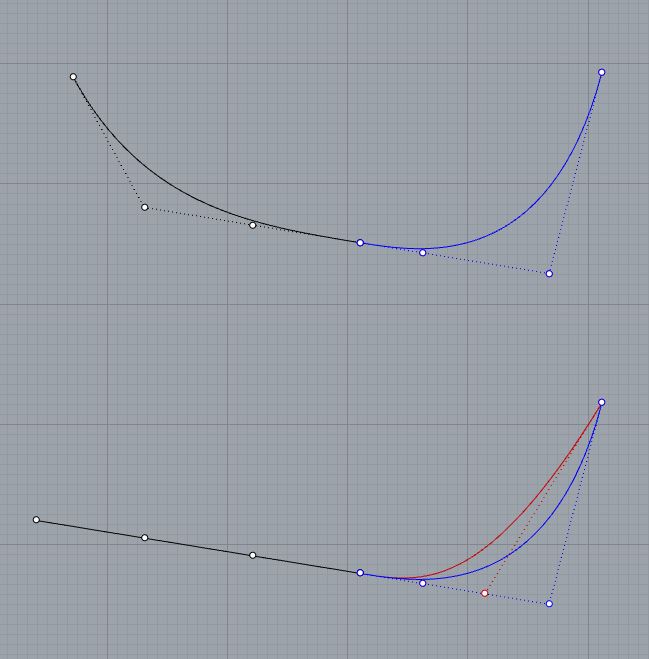 Hi David - I see that, thanks.
@davidcockey - https://mcneel.myjetbrains.com/youtrack/issue/RH-56957
Did I interpret your post correctly?