How would people approach this kind of problem - where I almost need the opposite of Curve Near Surface. Rather, pulling back a surface so it about approximates an untrimmed surface that would be split later. Thing is, the splitting is the chicken (or the egg, just whichever came first) so that needs to be fixed to within ~0.1mm really.

I want to try and do this more cleanly rather than, say, lofting in between with pinched points at either end. The only ideas I have are manually pulling points, or maybe drawing 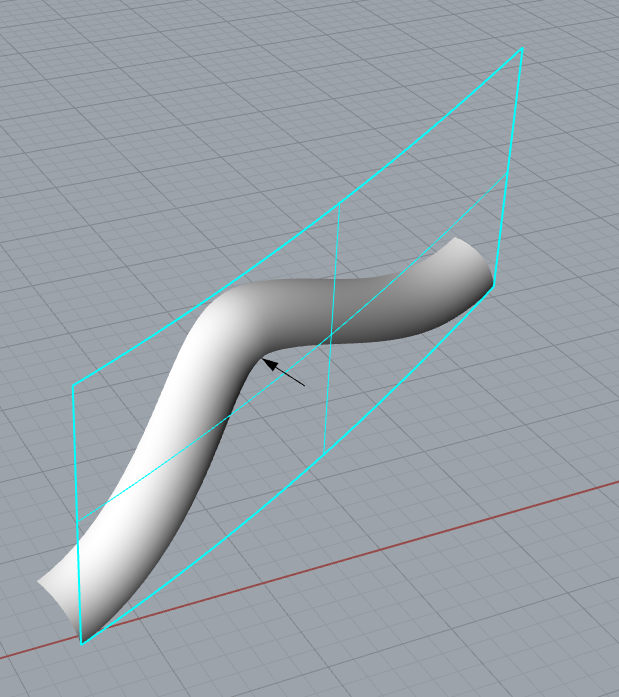 Goal - something along these lines. I have a few of them to do, in similar but equally awkward shapes. 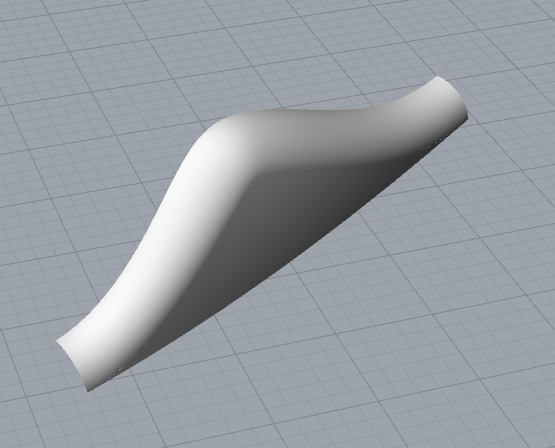 Give a little more complexity to your surface, if that is allowed. ChangeDegree to Degree 5 by 3 and maybe insert a few knots (InsertKnot > Automatic in U)
Patch > select the blue edge curve, the lower red curve and theangled line in the middle > Starting surface (select your surface) > Pull= 0.

Does that get close enough?