Hi guys,
I used surface morph to map a HexGrid Pattern onto a curved surface. The problem is that the surface i got is trimmed and now the grid exceeds the boundary of the surface.

I don’t want to merely cut the grid away where it is larger then the target surface.
Also it would be sub-optimal if I had to reverse-engineer the non-native surface in rhino.

Is there not an elegant solution to map the grid not only to the curvature but also to the boundary of the trimmed surface? 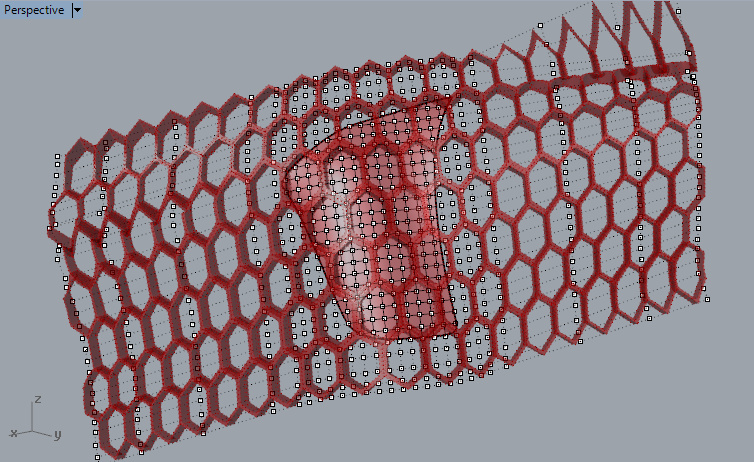 Without your surface, my first suggestion would be to use the ShrinkTrimmedSrf Command in Rhino on your input surface this will reduce the size of the untrimmed surface to as close as it can to the trim shaped as a 4 sided NURBS surface. I realise this does not fully answer your question but hopefully its a good start.

As for mapping to the curvature are you wanting to change the size of the grid based on the input surface curvature or just make the thickness of the cells change depending on curvature at there centre.

Also have look at Map To Surface Component, if you want to map a 2D hex grid then make it 3D later.

Hi Matt,
thanks for you reply.

I would like that the grid is mapped in a way that it conforms to the curvature (which works perfectly) and secondly that it follows the boundary of the non-native surface (which currently is completelly ignored).

Its fine if the cells deform in this process.