I wanted to create this layered building with a mendable/softened curved ramp that merges between the levels and the floors. I provided an image of a building with the design I have been trying to do, and sketches of my own to show what I’m looking for. How would I create this ramp? Or what tools should I try? I only know how to do a straight flat one. 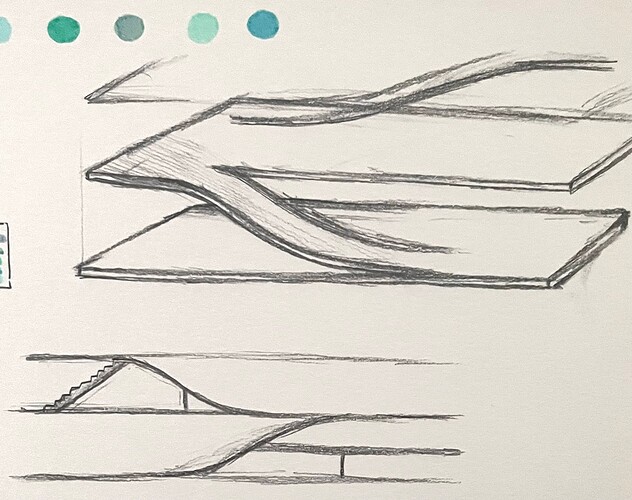 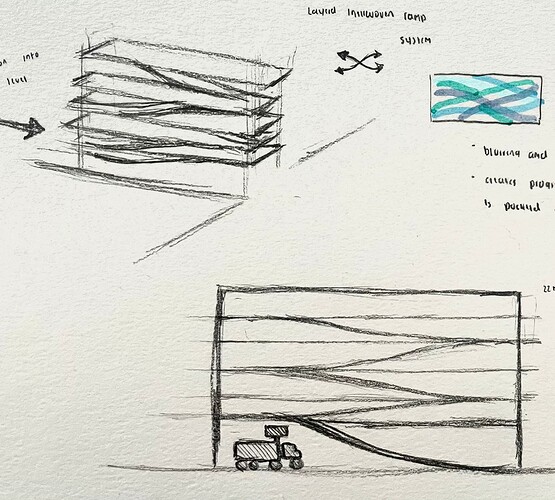 This is right up Rhino’s ally. It’s quite easy to do after only learning a few tools. Great exercise for someone just getting into Rhino as well as it would make for a fun render after. Here’s how I quickly did this:
Step 1:
1a) Draw two slabs the thickness you want (I just used a “box” and copied it up);
1b) Use “cplane” “O” (for "object) to set your cplane to the front face of either box;
1c) draw two construction lines; I drew mine exactly to the mid-point of each face, opposite one-another on the right-left plane but both on the top;
1d) Use the BlendCrv command (screenshot shown). Knowing the lengths of your construction lines it integral to having a “uniform” curve. 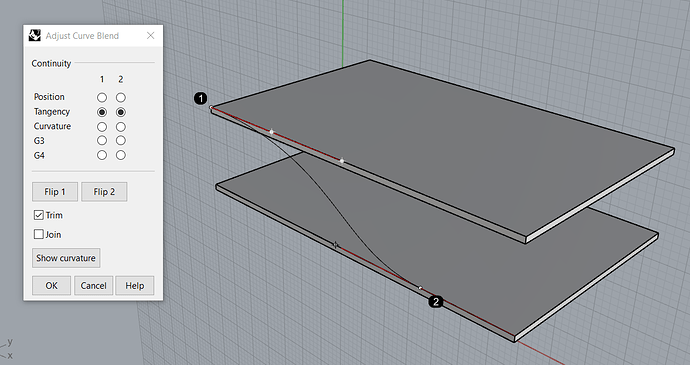 Step 2:
After making the curve, I copied it, joined each end with just a straight curve, joined all the curves together, did an “ExtrudeCrv” on the closed (polycurve?): 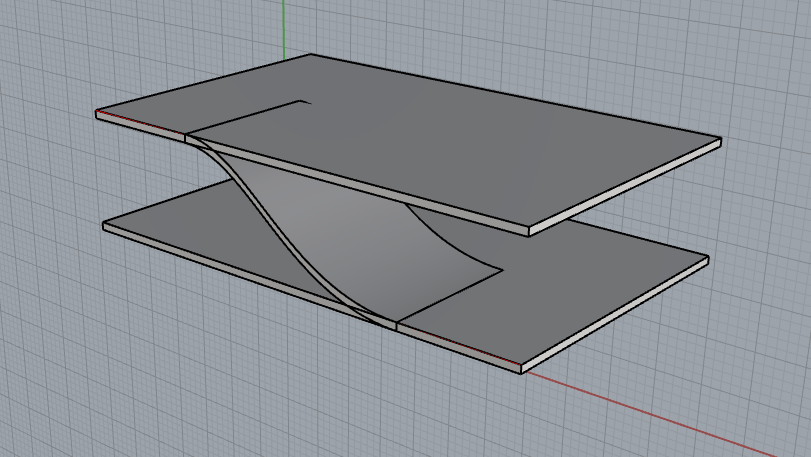 I set the cplane back to it’s default “cplane” “world” “top”, drew a “plane”, and extruded it. 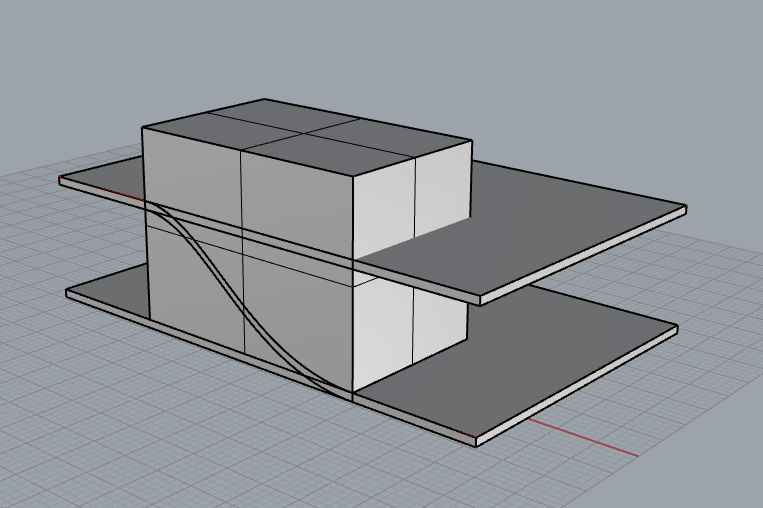 Step 4: BooleanDifference with the top slab and the extrusion, and then BooleanUnion with my remaining 3 elements: 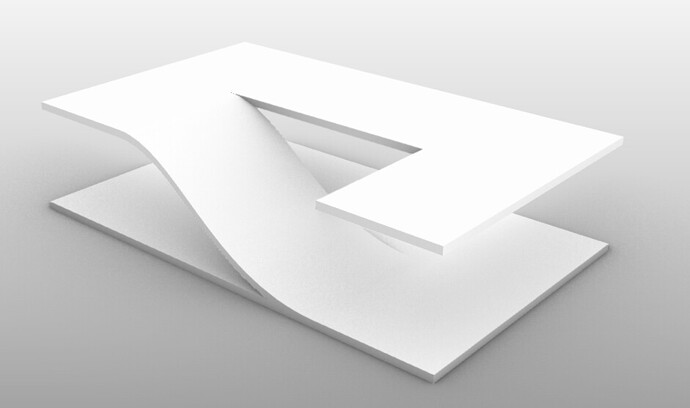 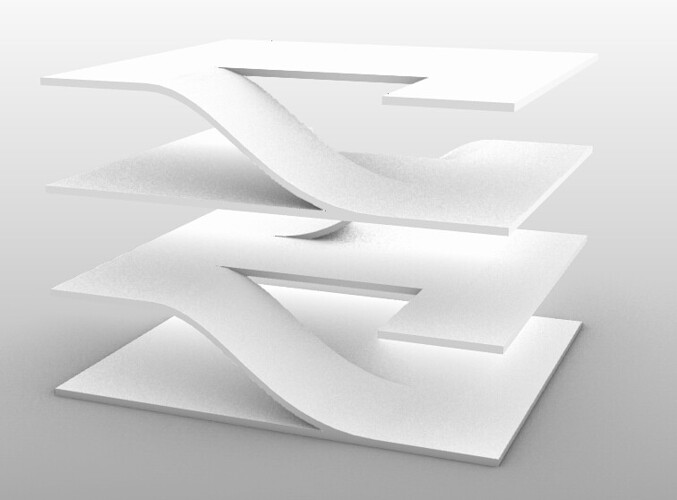 I’m not sure if you want the curves sloping in multiple directions or twisting… that is possible as well (even without super-advanced skills) just hard to whip up a tutorial for. I’m sure it can be done a multitude of ways including lofting/sweeping.