Making a "skin" around 2 objects

I have te following problem. I have 2 airplane wings ribs. about 30 cm spaced from eachother. I want to cover them with a "skin"so I can use the contour command to extract more ribs.

But using sweep 2 rails where the 2 rails are curves from one rib to the other rib , and the ribs self are the corss sections. The "skin"comes out very distorted.

the 2 ribs and the 2 curves

Anyone knows what I am doing wrong ?

see if you checked maintain height. if so uncheck it. otherwise its difficult to say without having those curves.

I have tried it with and without checking the “maintain height” , but it doesn"t make a difference.

Attached are the curves.

this is going to be a bit work, you may have to redraw everything. what you delivered here are polylines which generally are not very suitable for such kind of sweeps. and having kinks like shown in the image below will also not contribute anything positive in making a clean sweep.

as you see the 2 yellow dots indicate the horns on one profile. 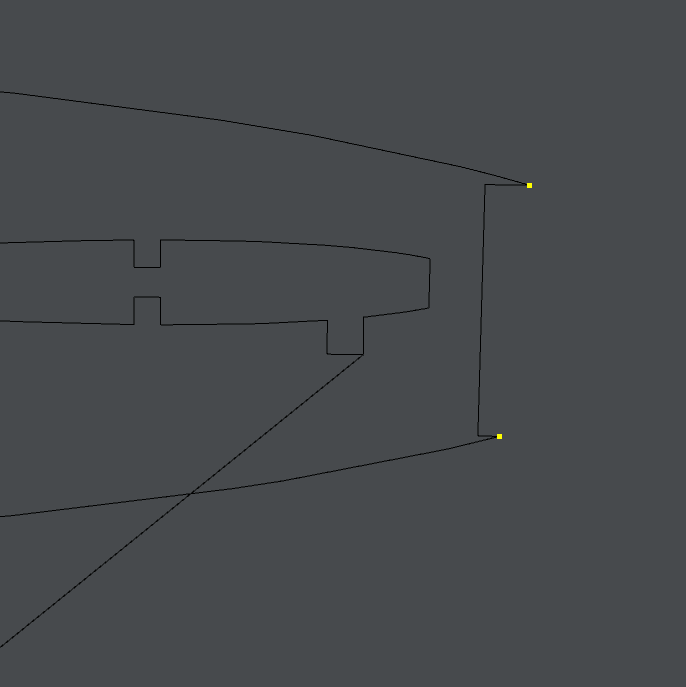 @ RichardZ : yes , I see your point and the problem with that. Many thanks for your help!

just see that the round parts a joined before you use CurveThroughPolyline otherwise you will create new segments. also it might be better if you would have the rails on the leading edge and on the trailing edge for sweep 2, just in case it still does not work out.

i made one side along testing this.

@ RichardZ: thanks for you explanation , I do understand now why it doesn’t work. I tried to do it your way , and it was much better, but still a lot of distortion. Than I did the same, but in 3 parts, Top, Bottom and leading edge. Now I can’t see a distortion.