Make2d showing solid extrusions as if they are surfaces

I have a condition where when I make2d a solid extrusion from up close it makes it look as if they are surfaces and not solids. It shows lines behind that should not be there. However if I make2d from further away the it is fine, shows as a solid.

I have tried
playing with tolerance levels,
moving the object to world origin,
restarting program and computer,
exploding the object then make2d,
turning on and off hidden lines option in make2d settings etc… They all make it look like see-through surfaces…
a.3dm (3.5 MB)

This seems to work a bit better in the RH6 WIP but there are missing lines: 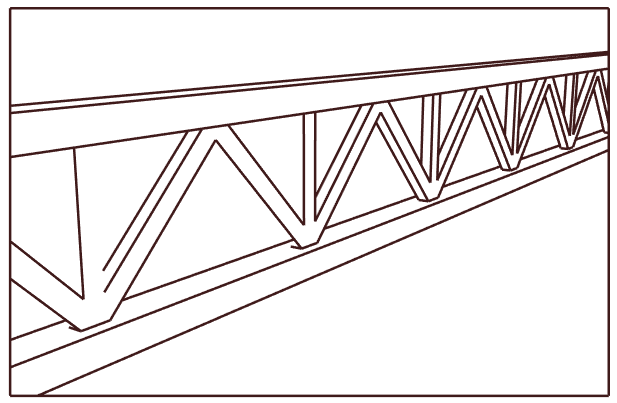 I’m currently on mac, but I can’t duplicate the problem. It works fine for me.

maybe its due to the oversized object in relation to the cplane. this also like having objects far from the center can cause funny behaviour. try if shrinking it down or changing the workspace dimension can help. maybe also making a boolean union then merging all faces may produce a clean make 2d if you dont want to change any dimensions.

Hi Jisoo_Jung - My guess of the moment is that this is due to the object’s relationship to the camera frustum - depth testing gets messy in perspective if the object extends too far out from the camera, especially behind the camera, it seems to me. Here V6 does not do well with this file at all, so far.
Hm - now it is working well in V6…
-Pascal

What happened / what did you do?

Yeah… good question - I was trying for a blow by blow to reproduce and after a couple of tries I could not get anything but what appears to be the right answer… but it is possible to get the curves on the wrong layers, depending on the view.

I think the main problem is the tolerance (.001) is way too tight.
The objects position extends into the 6 digit realm and its length is also in the 6 digit range. For such an object having a tolerance of .001 means you expect results that are accurate to 1 part in a billion. Although this may be possible for some operations using double precision arithmetic it will be completely impossible for other operations. For a complex task like Make2d you should assume that it falls in the second category.