Observations:
-Intersection curves are terrible unclosed and cant be hatched
-Run simple twosetintersection bridge vs clipping plane and see how much better the resulting curves are compared to make2d

Expected behaviour:
-Make2d should create nice closed curves like in case of intersectiontwosets
-curves behind clipping plane obscured by the solid should be “hidden”
model.3dm (1.5 MB)

Hi Ivan - From what I can see Hatch finds the regions OK in the Make2d output:

Am I looking at the right thing?

Those curves are messy unlike intersectwosets clipping plane vs bridge

Hi Ivan - this still looks like it works, here - I can hatch the curves that are on ‘Clipping plane intersections’ 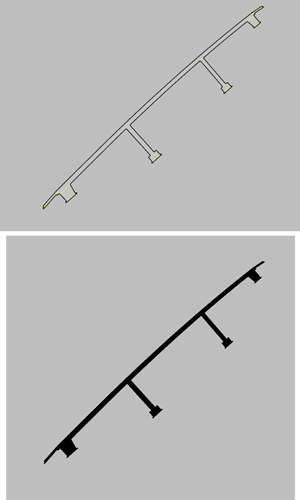 I do not get messy curves as far as I can see- I guess you should make the bad thing happen, then save and post the file so I can see what I am looking for.

Today i can hatch the curves even though i dont understand why there should be 31 curves instead of one closed curve. 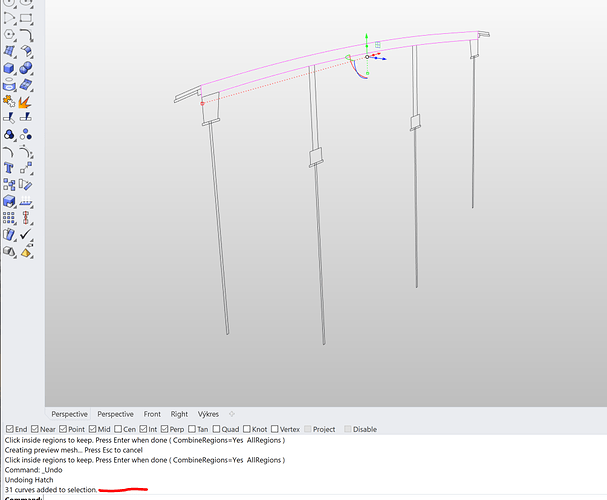