Is there a way to have Rhino make looser Network surfaces for better blending while holding the side edges to tolerance?

I have many situations where there is an existing surface I need to blend into with G2. The side input curves should be blended correctly (no tangency or position continuity only). Normally there are no interior curves, so Rhino has plenty of leeway to form the new surface. The file tolerance is 0.0001", so the Network Srf is made with exterior edges held to the same 0.0001" so surfaces join into polysurfaces. If the NetworkSrf is made with easier tolerances, like 0.01", the zebra blends better with the existing surface, but the NetworkSrf will not join, nor do its other edges hold to the guide curves.

The issue is not that there is no G2 continuity - there is - but rather that even with such long input “rail” curves, Rhino makes the G2 blend over a very short distance. This makes the surface “lumpy”.

I cannot make this new surface as a single surface and still blend G2 into the existing one by using Sweep2, because the long curves are the natural rails. Making the short curves the rails so Sweep2 can blend usually creates incorrect surfaces for what I need.

Many times I’m left with the lumpy zebra result and forced to use MoveUVN to manually tweak the shape. That is not fun.

Any solutions?
Thanks,
Matt

networksrf is notorious for giving you a million isoparms. I’ll bet if you turn on your points, you’ll see a ton of info there that you may or may not need. Some rebuilding and judicious use of the matchsrf tool may help .

If you want to deep dive into this, I’d highly recommend Sky greenawaldts incredible modeling video series. He breaks down why stuff like this happens and how to avoid it.

Hah hah!
In Episode 7, Sky Greenawaldts essentially says NetworkSrfs are a no-go surface, a never-go surface, a should-be-banned-surface from his methodology.
So I understand that my biggest foe in the battle to smooth this out is the number of control points and the spans. They’ve got to be fewer and further spread out to blend into the primary surf.
Thanks @theoutside for the reference.
Matt

Hello- can you re-post the file (seems it failed)? I’d like to see what is going on with this, if possible.

The number of control points created by NetworkSrf can be minimized by careful arrangement of the input curves. Re-post the file as Pascal requested and I’ll take a look. 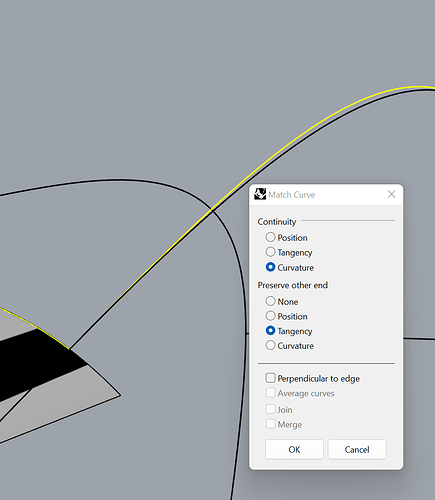 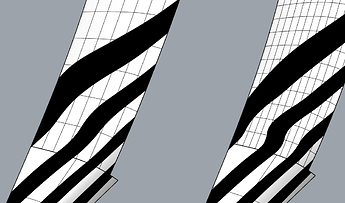 But a simpler surface will look better still 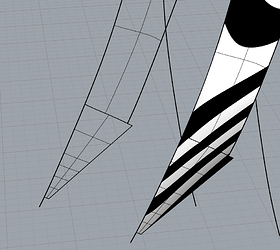