Looping through a string

I have this script where I want to loop through several lists that I have named H10, H20, H30, H45 and H60. As you can see on the picture I am trying to generate a list of points with coordinates from these variables. I would like the list to have all five H’s in and then just vary the z-axis to tell me if its H10 or H45 and so on. My issue is with looping through the variables and choosing there names. I have written, as on the picture, ‘H’ + str(z[ x ]) + ‘L’ + [5*i] just to illustrate my though process, but ofc this doesn’t work - I figured it wouldn’t, but I also really have no idea how to do this so maybe some of you know. If what I’m trying to do is unclear please let me know. Thank you in advance! 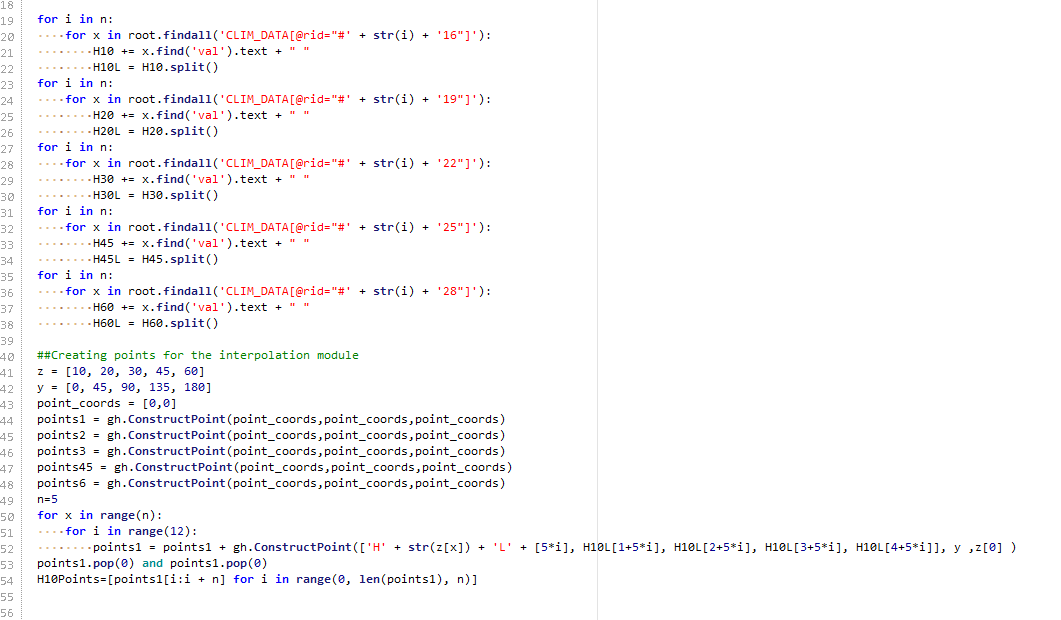