Is there a way to loft the top and bottom curves in the screenshot attached, and have the surface follow the “front” and “back” edges while maintaining their proportions?
This could for instance be a boat keel. 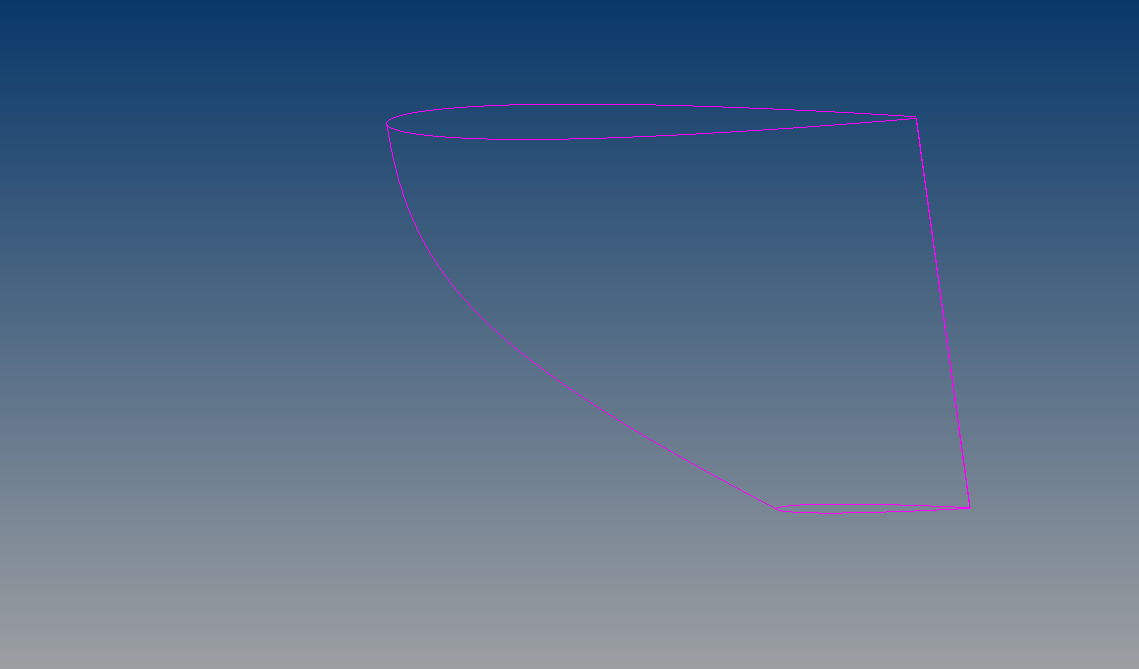 Does the Sweep2 command do what you want?

No, or at least I couldn’t get it to do what I needed.

Then I suspect you want the cross sections to remain horizontal right?
If so I have no solution I know of right now, maybe someone else can chime in.

Correct. The cross sections would remain normal to the straight, right side guideline, but scale to the distance set out by the curve opposite.

In the Sweep2 command window you can say “Add Slash”. Then connect the first and second rail perpendicularly to the straight rail to get the desired cross-sections.

In the attached document use ‘first rail’ and ‘second rail’ to sweep both NACA sections. Then use the guide lines (not in screenshot, but in document) to create the slashes. 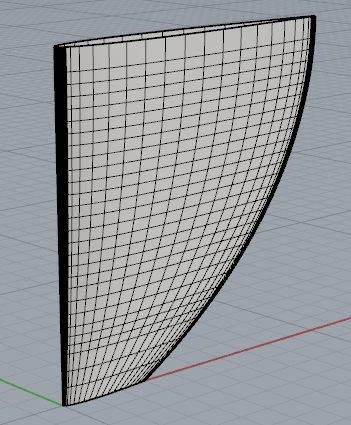 How about splitting the two profile curves. Straight loft two of them. Then match that surface’s leading edge to the guide curve with refine match. Mirroring that surface and then run match surface with tangent average both surfaces. It’s not perfect but it’s close and produces reasonably light surfaces. 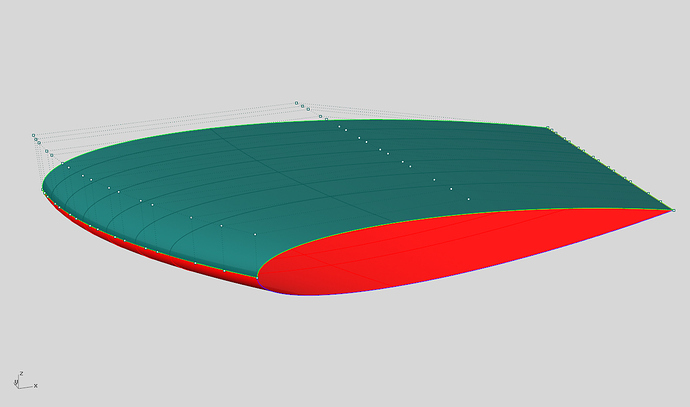 Ok I think I have the solution. Run surface from edge curves. Mirror and tangent match both the surfaces at the leading edge. 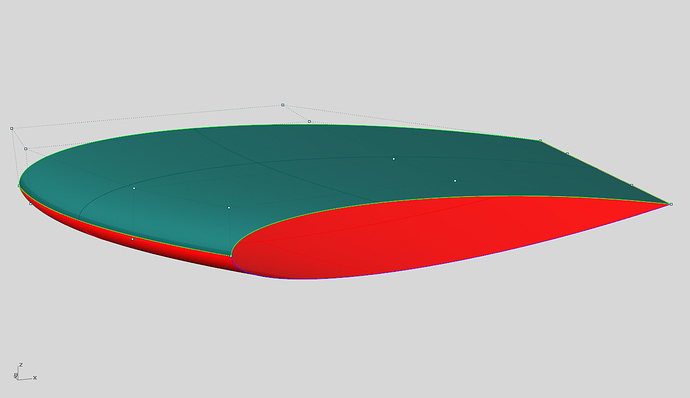 That certainly looks like what I’m after. Not a bad guess on the type of foil either!

I wasn’t able to follow along - if it’s not too much trouble, do you think you could explain in greater detail?

What does ‘add slash’ do?

That worked as well. I’ll run a couple of templates and check deviation to make sure it’s tolerable.
Did you simply match the leading edge curves to one another to invoke tangency, or were you able to maintain tangency some other way?

I just made the foil curves with simple degree 3, 4 point curves. As you can see the curves are drawn with implied tangency by having the leading edge control points at 90 degrees. The surfaces need to be matched because surface from edge curves does not maintain those control point relations for the cross section control points. Something I forgot to mention was when you match the two surfaces at the leading edge for tangency. Check Average both and this is really important check Match target isocurve direction. Just leave Preserve the other end as Position. 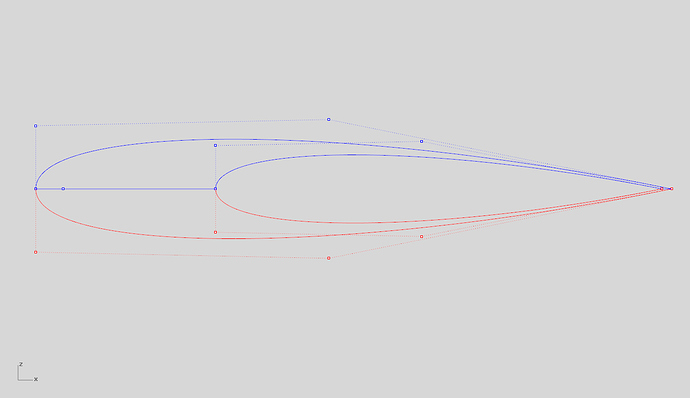 I ran a few test sections and the sections from arbitrary positions along the leading edge and all yielded thinner sections than a correctly scaled foil for that particular chord location.
Are you able to test your section to see if maintains proportions?

I was ended up obtaining a good result using this method. Thanks. I’ll try a few more arbitrary points to make sure I have it worked out.

Add slash is accessible from the options panel of the sweep2 command. You need to select one point on each rail and then the foil is added at that position on the rails. I have drawn the guide lines in the document such that they are perpendicular to the straight rail. If you select the intersection of the guide line with the rail, using for instance smart track, the slash is added at those points and the rudder will have its control points perpendicular as well.

Hi Ramon, so the idea is that the cross section that you’ve drawn at each end needs to stay perpendicular to the airflow (or whatever) throughout, and only scale but not rotate, correct?

Got it. I did a test foil yesterday and it worked well. I’ll try some more later today.
Thanks.

Pascal - correct, I need the foil to scale to it’s local chord and not twist or rotate.
Is there a rule of thumb for the amount of slashes that are required so that the foil will maintain it’s proportions?