Hi there,
Apologies if this is trivial, but I’ve been trying to combine two lists using merge, entwine and a couple of other tools but still can’t reach the intended outcome. As an example how would you combine these two lists:… 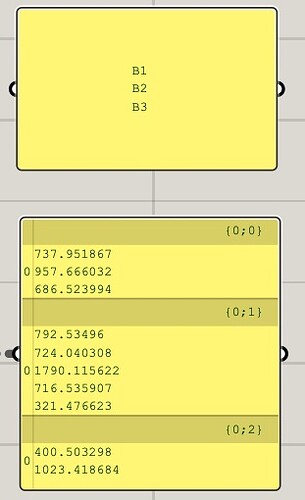 Thanks very much for any help

Just a small variation on Martins method: You could use Longest List (Long), rather than using List Length and Repeat Data. 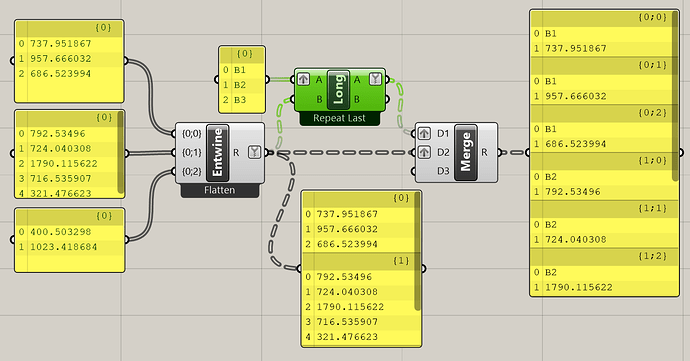