I am just starting rhino 3D tool to design a kiwi fruit mould with dimensions 8cmx5cmx5cm. Need to make two more pieces, one a bit larger and the other slightly smaller (+/-0.5cm in each aspect). Could anyone help me to design that?

If you need help getting thru a sticky bit, you’ll need to post pics, screenshots or files so we can chime in to help.

If you are looking for someone to build it for you, I’d post this in the jobs section here https://discourse.mcneel.com/c/jobs-portfolios/35

and expect to pay for some help expecting a freebie from a group of people who do this for a living is not cool.

Thank you very much for the response.
Here I am attaching the picture of a kiwi fruit for which I am willing to create a mould with dimensions 8cmx5cmx5cm. I also need to make two extra pieces of mould, one a bit larger and the other slightly smaller (+/-0.5cm in each aspect). 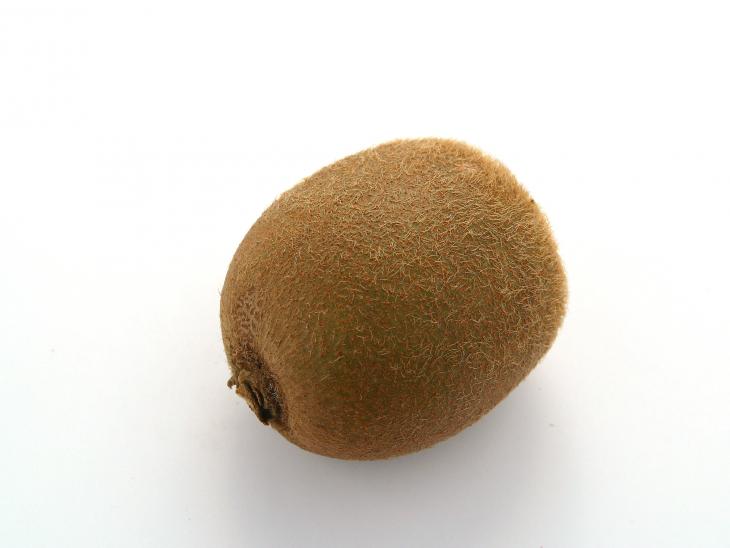 Why you just not take a phone camera, take multiple photos and use photogrammetry to create a 3D mesh from that using RealityCapture or smth similar.
Then you can import such geometry to Rhino and simplify it?

Last Wednesday, Microsoft introduced a lot of new hardware, like the Surface Studio and a new Surface Book. These devices, with their large displays that can be used with touch, ... Read More

Thank you for the response. I am very new to Rhino or 3D modelling. I am attaching the 3dm file which I have hands-on so far to create not the exact mould for kiwi but something with similar shape. Hence I selected the ellipse with 4mm x-axis form centre and 2.5 mm width on y-axis. Later I added surface creation with “Extrude straight” with height 2.5 mm… Now, I want to create its mould which should not be exact as a replica of the kiwi (as shown in the second picture attached), but somehow similar in shape. The kiwi fruit I am just taking as reference. Please provide some suggestion or help on this.

I have performed some fillet edges at both side of curve(attached the 3dm) but i want this to look more like oval such as the kiwi, Please suggest how can I do it?

instead of extrude, use Revolve, then you can make some boxes around it and use booleanDifference to make each cavity 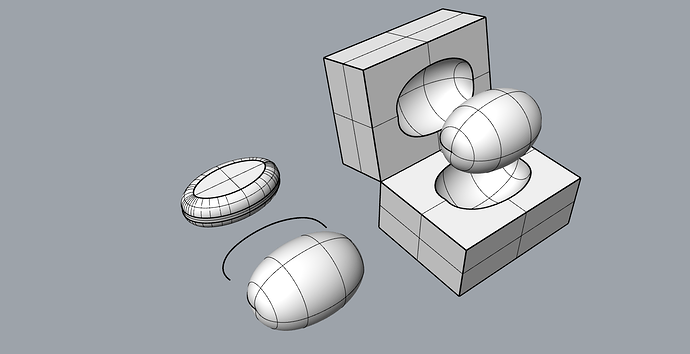 Thank you for the advise and direction all the people here. I believe i have experimented much to prepare the mould and sharing the file here. Please provide the comments and suggestion. I appreciate the prompt response and the wonderful suggestion of people here.
Thank you everyone.

at the risk of being daft… why not grab some molding silicone and simply cast a real kiwi? 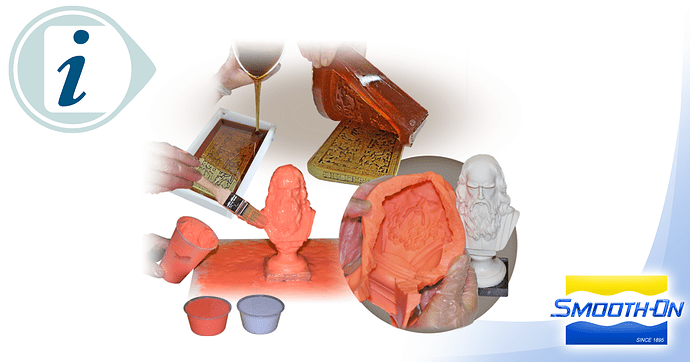 An introduction to basic techniques essential for beginners for successful moldmaking.

For the created KIWI mould i need to write some text such as Kiwi on the surface and then substract from the surface, how can i do that. Here attatching the 3dm file and also the png file (the text place is indicated by the arrow). Plesae help me to do that.Kiwi_1_Q.3dm (7.2 MB)

use the text tool with solids as the output and then boolean subtract it from the object you want the text to be embossed into. 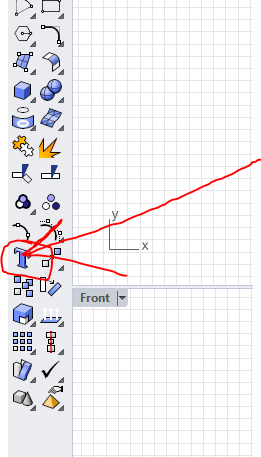