I get an invalid surface after using the Splop component to wrap a trimmed planar surface around a cylinder, and I can’t figure out why. The other “sploped” surfaces work fine though…

Why is this surface invalid?

The “sploped” surfaces were generated using Solid Difference components but I wonder if there is a better way to obtain these surfaces without this component?

Many thanks for your help! 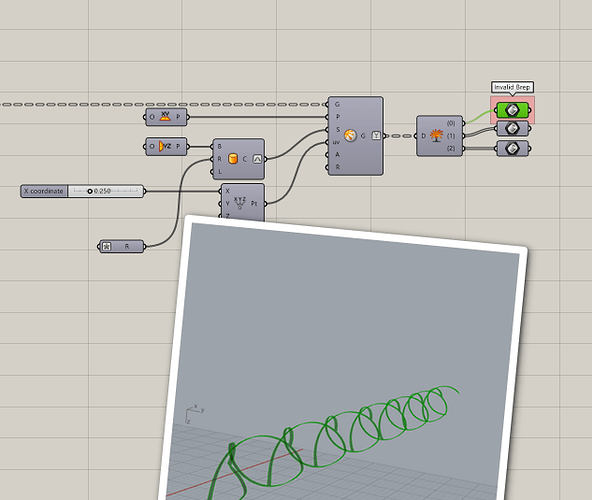 When I reduce the cylinder diameter so that the wrapped surface overlaps at little (i.e. the edges of the surface no longer join perfectly), I notice that the wrapped surface changes from being invalid to a valid trimmed surface. But I would rather not have overlaps, the edges need to join perfectly. What’s weird is that it works fine for the other similar surfaces… might it be a bug?

Solved! The problem was solved by splitting the invalid surface into two parts, thus preventing this one surface to meet itself at the edges where joining takes place.