How to sequentially sort a bunch of points from different branches

I’m reposting my question here because I would like to explore a scripted solution, preferably python as it’s what I’m trying to learn.

I would also like to see something with galapagos or another evolutionary algorithm.

A brute force approach could also be something to look at, might not make much sense with 11 points though.

I apologise if reposting the question is against the rules.

Here is the original topic:

[Canvas at 16;21;53] I’m working on a g-code generator for a cnc router and I would like to sort the paths that the cnc follows in order to save time. The points in the attached file (can also be seen in the immage above) come from the starting point of each path. As you can see they are sorted by their Z value and I would like to keep it that way. What I’m looking for is a way to sort these points sequentially (the result being their new indices like in the immage). Desired result would be: …

Tried to do it myself and finally got it to work, don’t know if it might be of some use to someone new. The code is a mess and some stuff is repeated a bit too much but for now it has to do.

Next up would be trying to brute force it and then maybe I could try my hand at galapagos.

Anyway, here’s the code if you want a laugh, my first script ever: 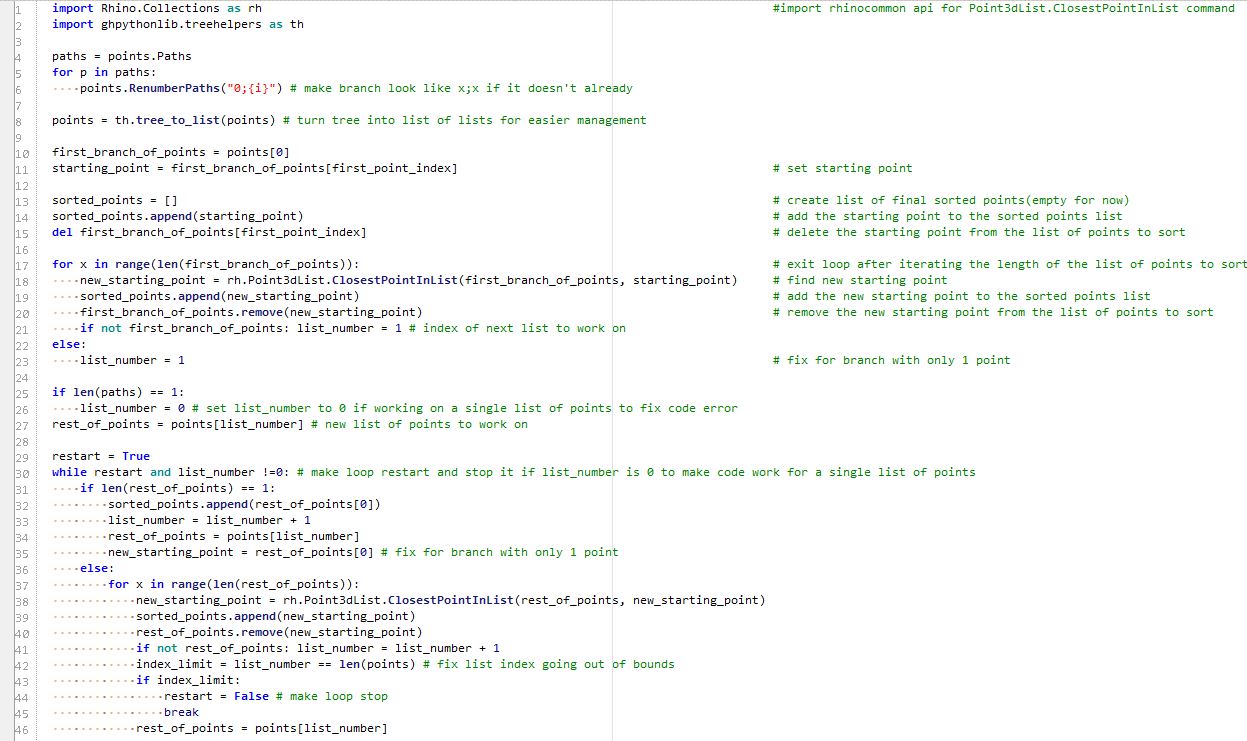