How to make mesh preview change in real time?

What I see in the tutorial and what is shown in my Rhino viewport are different.

In the tutorial, the mesh preview in Rhino will change in real-time as the point(anchor) is moved, but when I do it, I need to move the point to a certain position to see the result.
I wonder how can I make it looks like in the tutorial?
Thanks!

Try using BouncySolver of kangaroo rather than just Solver.

Thanks, but I do not think that is the problem.

can you please explain it in more detail if possible?

This has nothing to do with the solver type.

Either you change your preview colors clicking the orange / white icon in the upper right corner or you’ll have to add a Custom Preview component with a color swatch or create a material if you need transparency. 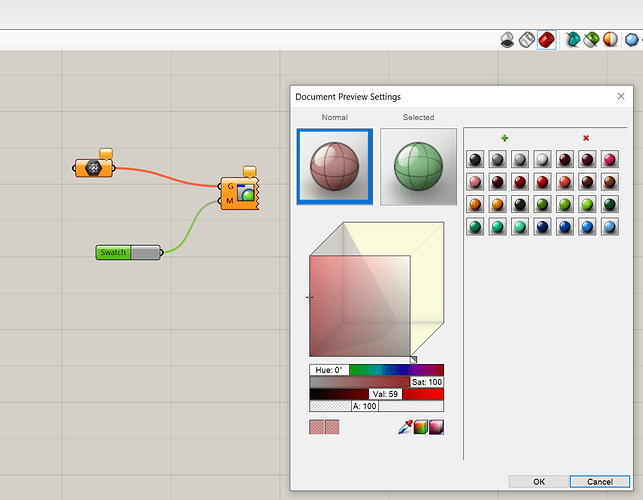 In the tutorial video you show they are moving the point with the Grasshopper gumball - this causes live updates of the solver even as the point is being dragged.
You are using the Rhino gumball, which only passes the updated position to grasshopper at the end of the move.

You can see the difference because the Grasshopper gumball only shows the arrows for translation, while the Rhino one also shows arcs for rotation (which isn’t needed for a point).