How to get a relief on surface

Hi, I am attaching a sketch and the rhino file. (The parts around the beak you can’t see well on my pencil sketch, but it’s where the darkest parts of the sketch are that I want to make an impression) I would like to make an “impression” on parts of my model. For example, where the wings are on the bottom I would like to make them slightly more realistic and 3d. What tools can I use in Rhino that would help me? The sketch and model are © Susan J. Hughes 2018.baby robin.3dm (3.6 MB) 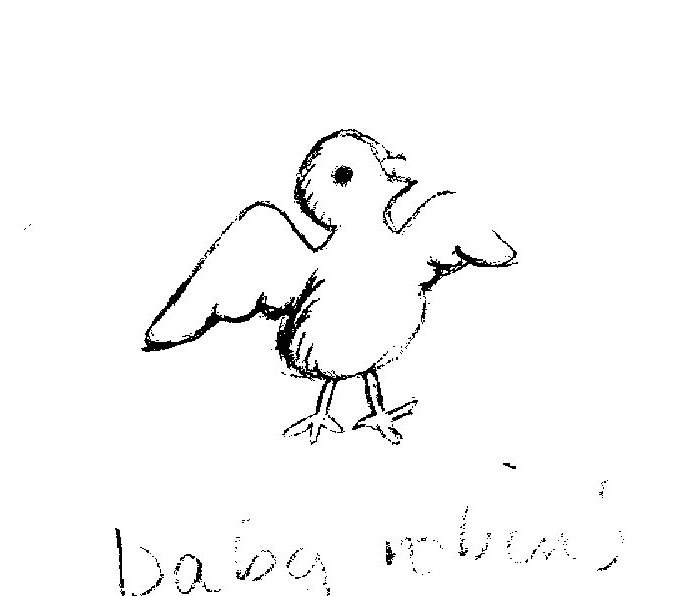 The simplest way is to project curves onto an object. If the object is round or uneven you may want to pull curves to object. Both of these commands need to be executed in the direction you want to project or pull.

Here are your curves to project onto a simple 3D box. 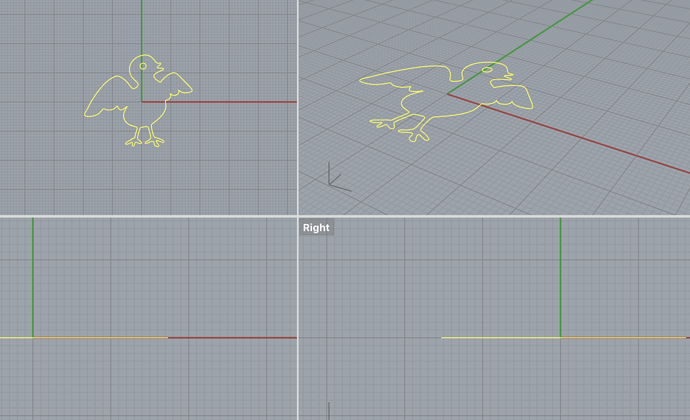 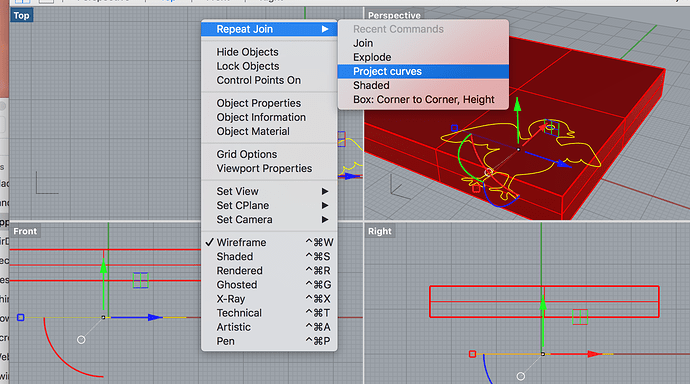 The project curves icon is here … 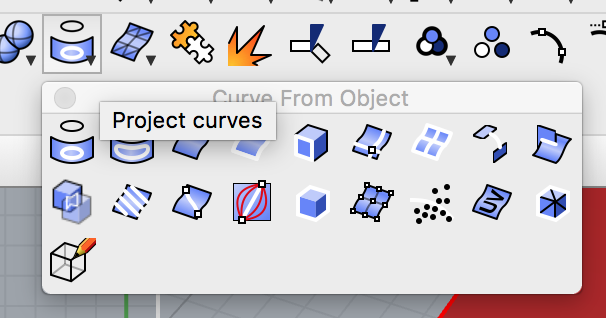 Here are your curves projected onto the box. If you want to keep your original lines, check the copy lines in the command dialog box. 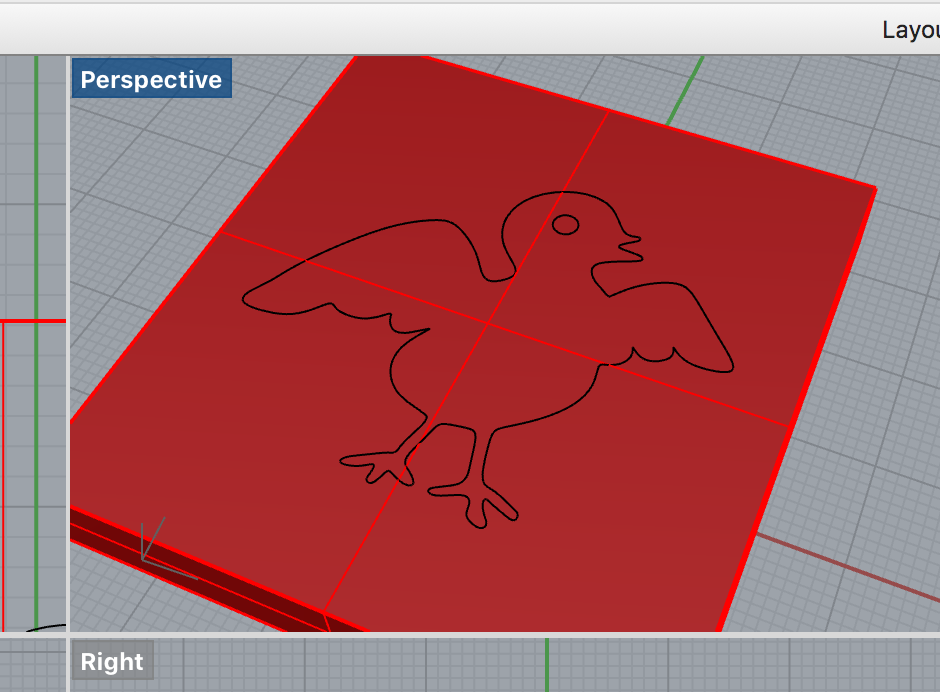 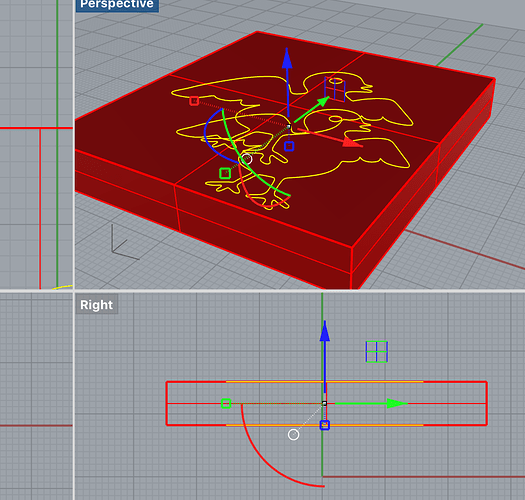 You could then use the curves to split the surface and model from there.

Making it more birdlike is a whole other topic.

I hope that helped. «Randy

Randy, Thanks for your response. What you showed isn’t exactly what I was after–my fault for not communicating better. I think there’s a way to convert a surface to a bunch of points and then manipulate the points so some are more elevated than others so it creates kind of a rolling surface…do you know what I am talking about? (I would have to convert my curves to a surface first and I know that’s not what my file shows, sorry.) Let me know if you can! Susan

Hi, yes just turn control points on for a surface. This will not work for poly surface or extrusion. You then will probably have to adjust the amount of UV points on the surface.

I may send some shots later, off for the day.

That will be difficult and time consuming to do that manually.

Then use Zsurf4 to get a surface like this
baby robinx.3dm (3.4 MB)

Jim–That is what I’m after, but how would I trim away the excess around the bird? Also, I’m using rhino for mac and I don’t think it has zsurf4 command–or atleast I couldn’t find it…but i’m a newbie and maybe I missed something.

Also, I’m using rhino for mac and I don’t think it has zsurf4 command

zsurf is an outside program developed by @jim himself and I’m pretty sure it doesn’t run on Mac. You could do the same thing using the Rhino native Heightfield command, it will be a little less clean around the edges because there is no image filtering built-in. You could also open the image in an image editor and do a gradient blend around the edges to get the heightfield to be more rounded. Once the Heightfield is made, you should be able to trim it with the original outline curves.

Ooops sorry I didn’t notice this was for a mac. You can’t use Zsurf on a mac. It is a Windows application The best you could do is use an image processing app and blur the image and then use the Rhino command Heightfield.

Hi Mitch–Thanks for your reply. A newbie question–I can’t figure out how to get a jpg in my file without it being a background bitmap. Can you help me? Thanks, Susan

If you are trying to use Heightfield, the image is not “imported” into Rhino - when you start the command, it will ask you for an image which it works from, but that image is not stored in the file, only the result of the command (surface or mesh).

Otherwise, to get a more flexible image than BackgroundBitmap into Rhino for a different purpose, use the PictureFrame command. PictureFrame makes a plane surface with your image attached which you can manipulate like other Rhino objects - Move, Rotate, Scale, etc. It resides on a layer like other objects so you can also turn it on or off by turning on or off the layer or hiding the PictureFrame itself, you can lock it so it doesn’t move, make it semi-transparent, etc…