How to convert a 2D image into 3D surfaces?

I am looking to take an image into rhino/grasshopper to then convert the image into editable geometry. Is there any place I can be directed to find this information? I have heard of the plugin Rooster, but I don’t think it will be able to do what I am looking for. I was picturing the grasshopper script to have an image sampler convert black and white tones from an image of art to then be able to make 3D geometry for areas that are the darkest. Then this geometry can be pulled into 3D form with the use of sliders.

you can check these links,

My idea is to create a texture on the given surface using Grasshopper Image Sampler. Right now I’m measuring the length in UV direction and creating a image sampler on the flat surface then surface morph the final result onto the given surface. I used the Tiling option on in the image sampler, but I notice the texture was stretched in UV direction. Is there anything wrong with my grasshopper to prevent Tiling? Lastly, is there a way to create the Image Sampler directly on the curve surface surf…

How to use Image sampler for a selected frame on a vector grid? Grasshopper

Hi there! I’m trying to do a script where I can use the image sampler using customized shapes. This is where I got so far but it has two problems, shapes get deformed to fit within the circle limits and the whole script calculation is veeeery slow and I can barely work with it. I just want the resulted curves but so far this is the solution I came through. Any ideas? Thanks a lot for your help! Raquel [Img%20Sampler%20Trial] [Img%20Sampler%20Trial%20rhino] [img%20sample%20trial] Image S…

Yours is something I am looking for however I have achieved this. I was looking to have different height field values that are in correlation to the tonal values of the image once its made to black and white.
Below is an image example where I want to make it more 3D within grasshopper and do this for many other 2D art. I would like to have control parametrically to have a variation of heights based on the tonal value of the image. Such as white is 5" out and gray is 10" and black is 15" out from the original 2D plane. 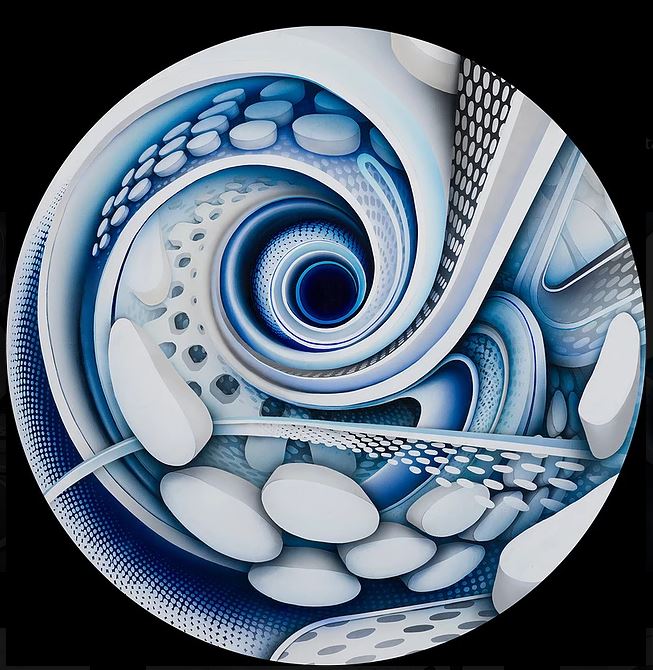 Attached below is my attempt at what I said above. I would like to make this script more of a smooth surface for fabrication and to allow the artist to paint onto my fabricated pieces. As of now the script comes off a bit like a topographic map.

I think the best way is you have to draw the spiral which you can find some references online like : here , after you need to divide the surface into points then circles on the surface with attractor point or line which also you can find here. that all what i can understand from the image

This file if done correctly could be used for many cool projects other than art murals. You could potentially take a sketch and take a highlighter to the areas you want to be raised the highest. Maybe having the image sampler read colors rather than gray scale values would be easier I don’t know that’s where I’m stuck. I saw HS_Kim do something kinda similar in an older forum where the image sampler took the colors of an image and made stacked cubes to the set height for a specific color. Hopefully, this is possible with a smooth surface.

HS_Kim I love your help and everything you do on the forums this is staring to work for me thank you so much!