How to command repeating offset and extrudations in Rhino?

What would be the best approach to product offsetting and repeating extrudes on surfaces? 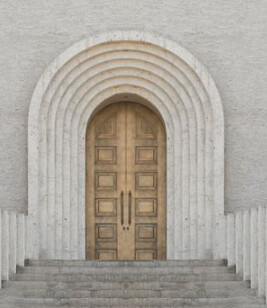 Instead of continuous offsetting and extruding, I’d suggest to draw the door shape and the section of the “stairs”, then use the command Sweep1. 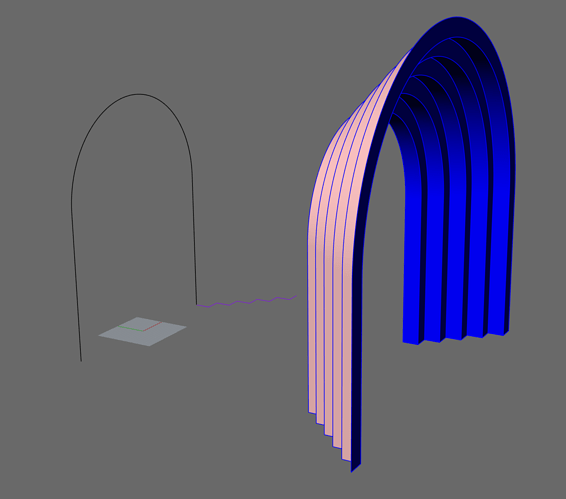 Apologies for the noob question, but how do I go about drawing the line and with what logic? could you show me a few steps before this one for the sweep1 rail

I drew a rounded rectangle in the front plane and trimmed it with a line along the X axis.

Look at the layers. You can see a layer with just two lines forming the 90° corner. You can create a linear array and join these lines into a polyline.

If you have trouble, I’d suggest going through the help files and learn about the basics:

Your section is way to long and really should be just the stair part of the shape.

Take a look at my file.

After creating the sweep, use the _Cap command to create a closed polysurface.

Ah got it, so avoid trying to include the ‘cap’ part to the sweep command basically. Instead do the steps only, and use _Cap seperately