How can I run a rhino python / rhino command to set one curve for a grasshopper curve parameter?

I guess I have explained it a bit complicated, actually I just need to know how to use rhino python to pick a curve for a grasshopper component. Like this. 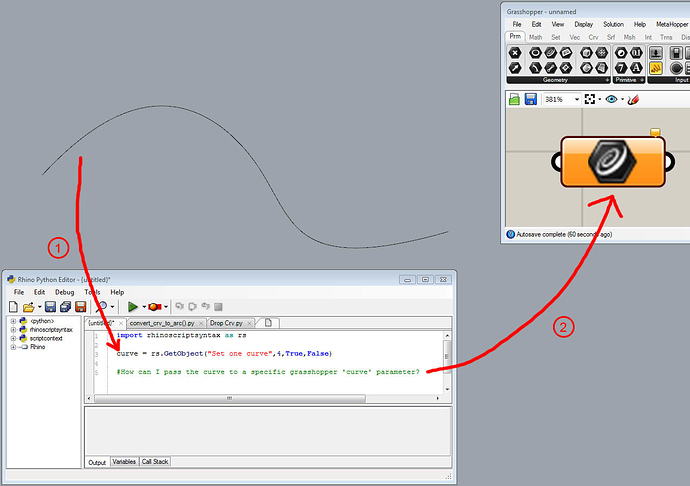 You want to set the parameter’s PersistentData and here is a working example for a few points. On GH3d.com I just found one thread and didn’t get an answer myself.

So, you should perhaps ask David how much you should (not) want to do that…

@Jack_Zeng, have you seen this ?

Seems it is a bit more complicate then I expect… I will take some time to digest.
Thanks a lot Marcus!!

Thank you clement, I will give it a shot~

I am trying to do the exact same thing.
What I basicly want to do is that when the toggle is set to true the python script triggers the same command as when you right click on a curve component and selects “set one curve”. 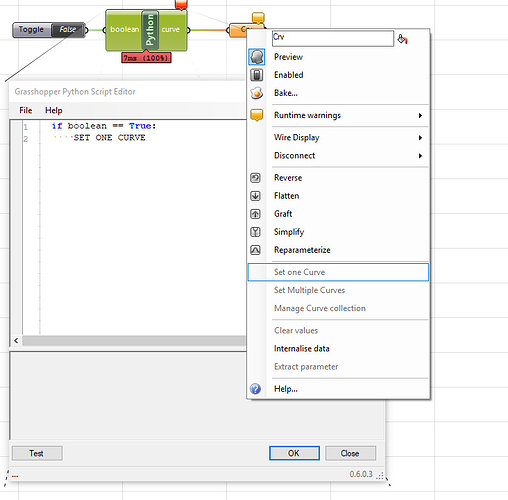 @agi.andre, you might try below to reference a curve: 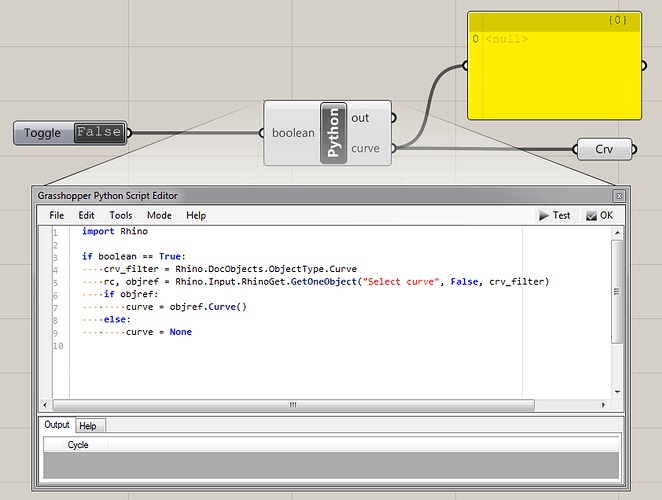 I’m trying to take this one step further and looking for a way to activate/simulate the “Set one 2D curve in ARCHICAD” for a specific component through Python or C#.
Anyone familiar with the Grasshopper.Kernel SDK https://developer.rhino3d.com/wip/api/grasshopper/html/723c01da-9986-4db2-8f53-6f3a7494df75.htm and know how to prompt this command?

Anyone who can help me out with this?
Thanks!