Grouping is broken: select some objects and group them. Select a separate set and group those.
I end up with all objects in one group. As is there is no check if the group already exists.
The group is named Group01.

If I first rename the existing Group01 to something else, the new group will be separate and named Group01

Does anyone else see this as well?
Thanks
-Willem

EDIT: Related observation I think:
I ran Make2D with the option to group the output. I ended up with many groups named Group01: 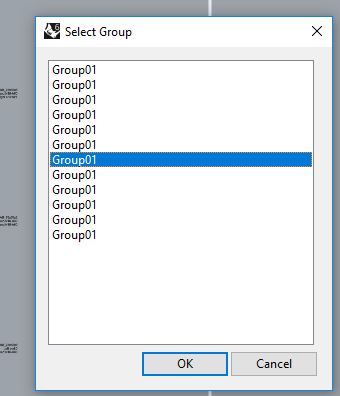 I’m not able to duplicate that with an in-house build from this morning.

Same as Group bug, added everything into one group

Hi All - this was fixed yesterday - the next 6.2 RC should have the fix. -Pascal