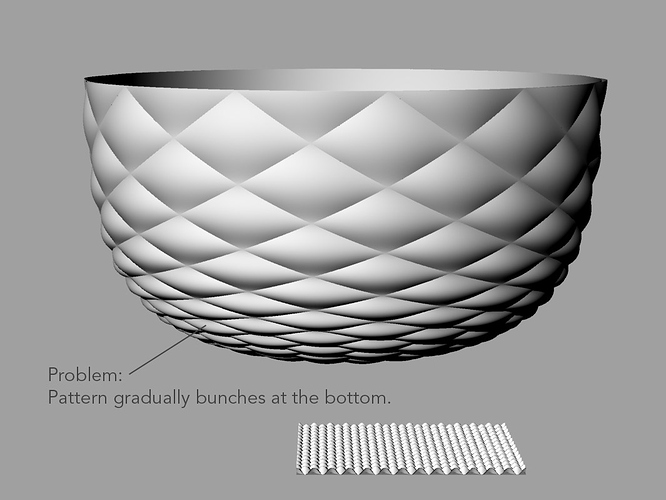 I’m trying to make the pattern less bunched at the bottom of this bowl but is having trouble doing so. Is there a way to scale the original pattern in rhino with a gradually increasing factor in one direction?

I have a feeling that this must be done in grasshopper by starting from a point grid and move the vertices with a scaling factor (I have no idea of how to do that) in one direction and then build the diamonds with those vertices from there.

Hi Ivan - how do you envision the pattern being resolved as it goes toward the center? The same pattern cannot fit all the way down, it must compress itself in some way.

Nevermind, I’ve figured out a way while I was thinking about it last night. It’s a bit tedious but should work out nicely. It’s by turning on the control points and then manually move them down with a gradually increasing factor that I punch in. 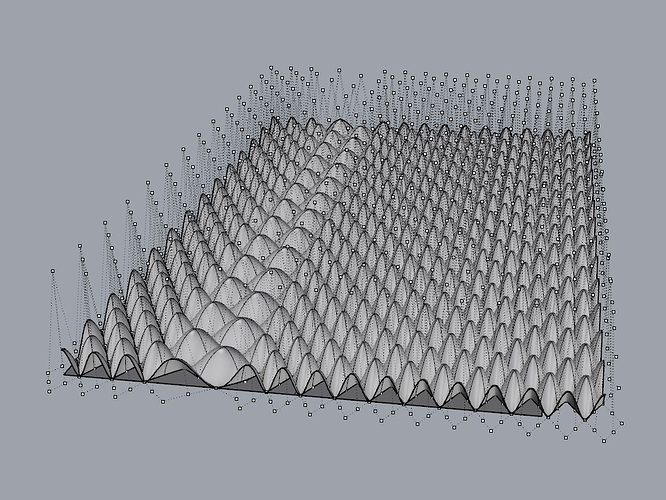 A bit of compression is okay, I just want to “slow down” that rate of compression at the bottom. The flow along surface command works out nicely though. Just need some minor tweaks and trims after flowing the pattern on there. The moving-control-point-manually method should work out fine. 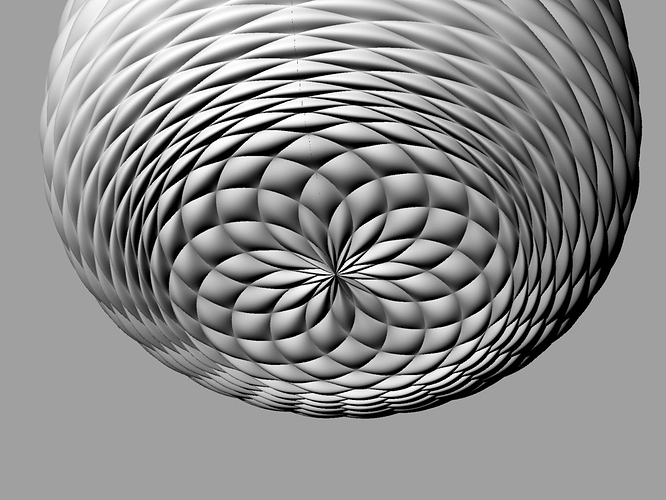 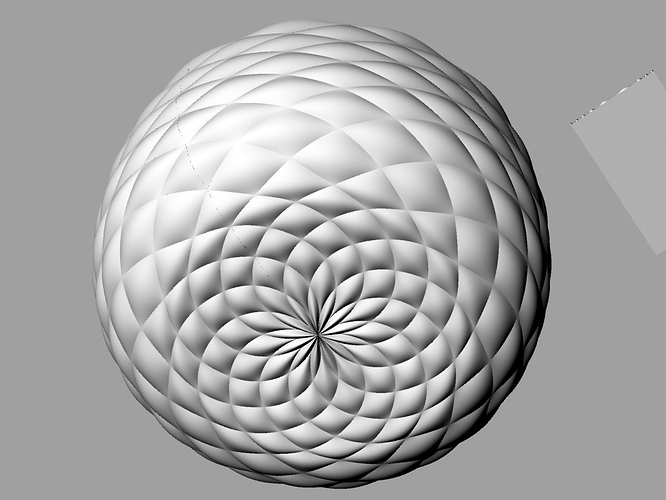