I am trying to create a formwork model for a project. I have columns, structural framing, walls and floors as different breps. What I am trying to do is:

But somehow I can’t generate the result for the attached file. Solid Union node gives an error saying: 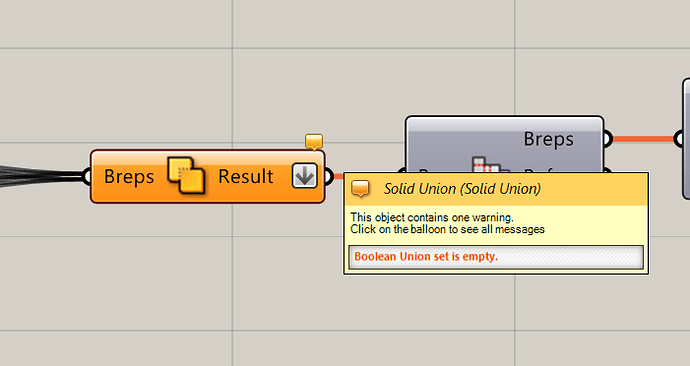 I have tried it in a different scale. You can see the output down below.

Breps are internalized in definition. Any help is welcomed!!
Formwork Base Model.gh (1.4 MB)

Do you want to solid union all 314 solids into one object?

Some of the parts (columns and structural framing) do not overlap at all or overlap partially.
This is a reason why your solid unions fail. 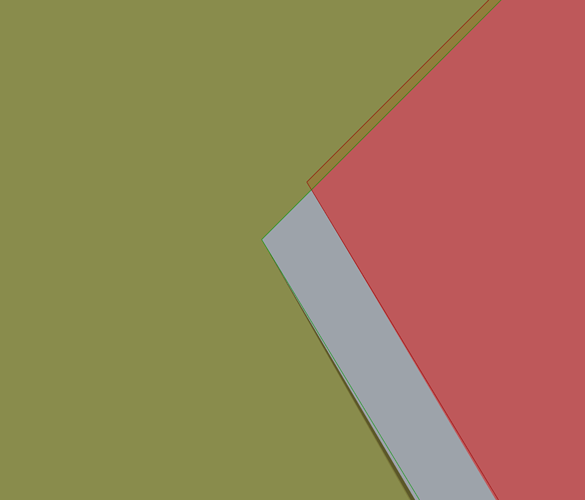 Yes I want to solid union all of them into a single object. But I didn’t realize some of them don’t overlap at all.

But, shouldn’t it solid union those overlap? Anyway, I will take a look at it and solve the problem and try again.

Do you really need them to be a solid?
Creating watertight solids in rhino is a pain in the a.

Solid union can also be problematic when faces of two objects are on the exact same plane. This has to do with tolerance.

If you were to scale the columns a little bit, you get better intersections which will join the columns and the bigger part of your floor into 8 closed breps.

How can I scale objects on their local axis? I want to do the same thing for beams as well.

What’s the purpose / benefit of creating the solid union?

This is for a construction project and they are asking for formwork areas of each floor. Intersection between columns and beams, columns and floors etc. can’t be included in the calculation. So I am trying to get surfaces that doesn’t include any intersection/overlapping. Like this example:

You might be able to get rid of this problem by fixing things earlier in the process, somewhere before creating the breps.

Structural elements actually comes from Revit using Rhino.Inside. Thats why I couldn’t do that

I have seen @HS_Kim 's name very often when I made a google search. Maybe he can help?

You may need to start thinking out of the box on this one. There are a lot of conditions not in the example and other things you want to accomplish other than just getting the areas.

I am trying different ways now. They are only asking for areas though.

You can fix the intersection / overlapping issues manually in Rhino. Make sure columns and slabs intersect and don’t have coplanar faces.

So to Martin’s point, which is where i was heading. How much manual adjustment in Rhino is acceptable?

This is where Rhino processes excel, it gives the ability to edit when Gh isn’t able to keep up with the variables or the 3rd party software isn’t going to help then pull it back into a scripted process.

Bounding boxes are found for all elements and baked into Rhino. You would use Gumball Subobject select with Gumball plane set to Object to push/Pull any issue areas.

Group via UserText into the chunks you want, which would then be sorted in the Ref By BakeName component via Key/Value Attribute.

Then push into revit as direct shape with a material that would fill out a Material Area Schedule. 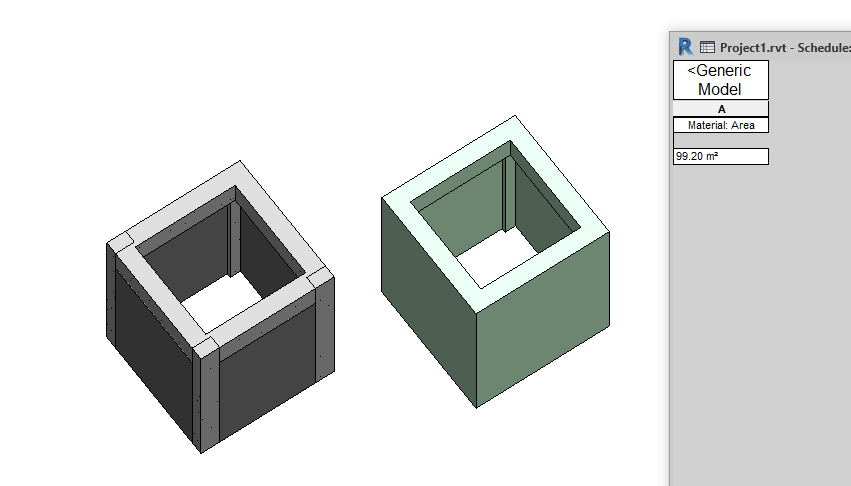 To be more precise you would want to remove the Paint off the bottoms as well. 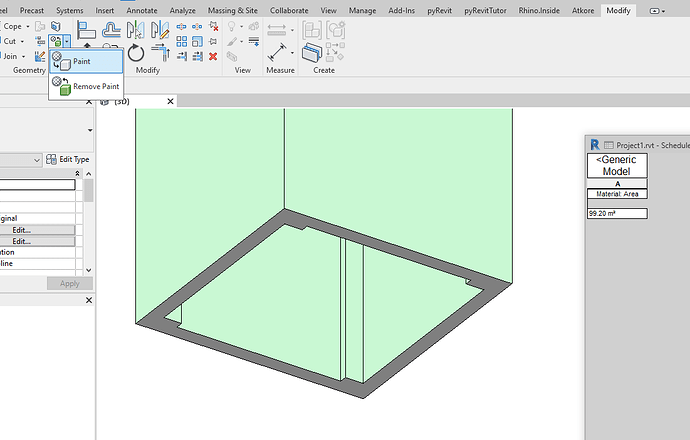 Structural elements actually comes from Revit using Rhino.Inside. Thats why I couldn’t do that

Apologies if this is a dumb question, but don’t the guys who created this in Revit need to get the beams to span correctly between the columns, and to line up accurately, so that the rebar can be designed correctly, so that the setting out points are accurate and so that the structure can be approved before construction? Then, having an accurate model, you should find it a lot easier to do the Rhino part.

Jeremy, The typical process is to have an Architectural Structural model, which provides preliminary sizing, costing and such. The model is then rebuilt in tekla or something similar to detail the connections and have true size beams, and subsequently coordinated with trade models in Navis or Revizto. The Arch Structural model can vary a lot to what finally gets fabricated and isn’t reliable information.

The breps that I share is one floor of just one building. Whole model involves 5 buildings with 7 floors. If I knew the parts that are causing the problem and fix them, there will be no problem. But the biggest hurdle for me now, since I don’t know what’s causing the problem, I have to review the whole model. And I don’t want to do that😥.