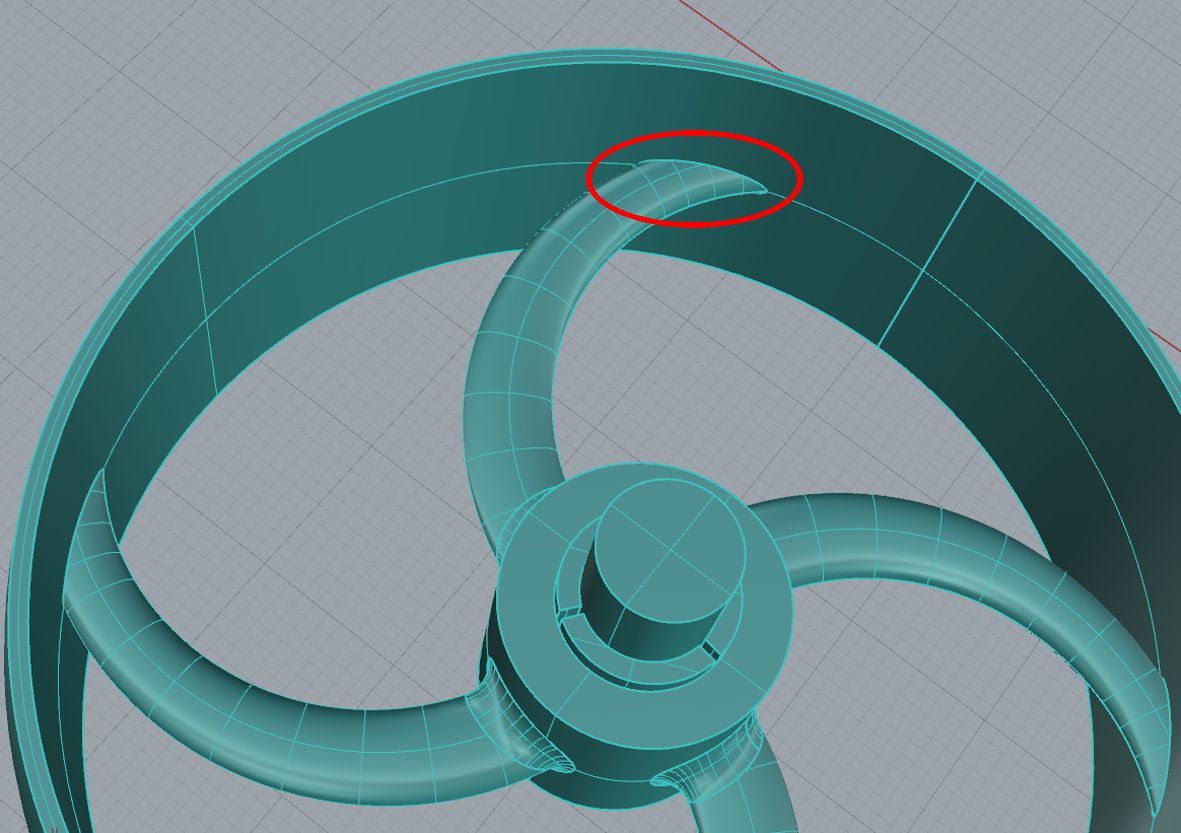 Hi Tone - the ‘back’ edge does not have enough room for a fillet at 2 without its crossing itself. Try setting aradius of 2 at the more open end and .7 at the more crowded end. 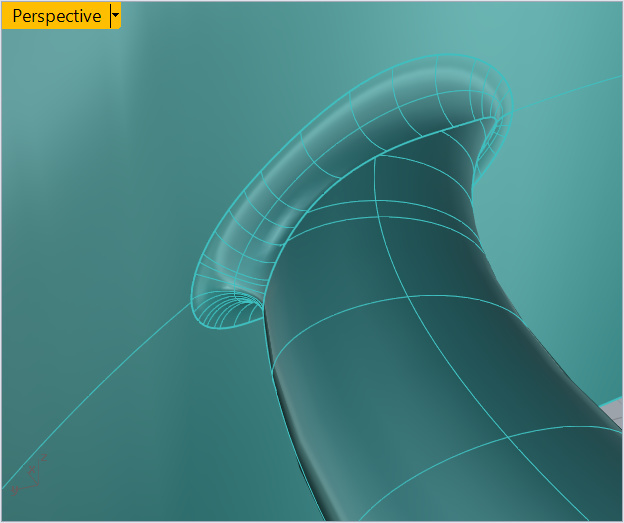 Also, I think I like the result from 'DistanceBetweenRails better than RollingBall in this case, still at 2 and .7 - in fact you can boost the smaller radius a bit without its crossing up.

Hello Pascal
It’s the crossing of itself that puzzles me. Why would it do that? A 2cm circle can surly be tangent (in theory at least) to the two surfaces where they cross one another. Never mind, I’ll see if I can fiddle this some other way.

Apparently, some foundation code for this does exist because the radii that are too big are marked in red.

Why would it do that?

Hi Tone - if you make a FilletSrf at 2 and look at it in wireframe, you can see from the isocurves there what happens - the turn is to tight that the arcs cross one another there. 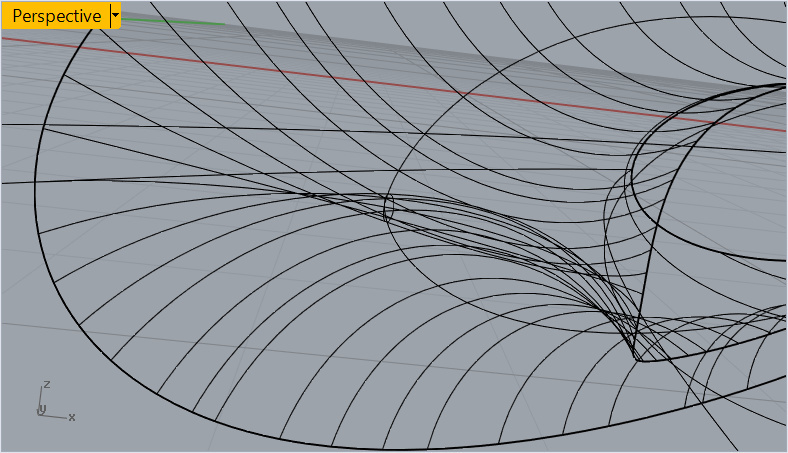 Hello Pascal
I understood what was happening and this maybe impossible in Rhino but I don’t believe it is in reality. Anyway I got there in the end. Not perfect but good enough for my purposes. 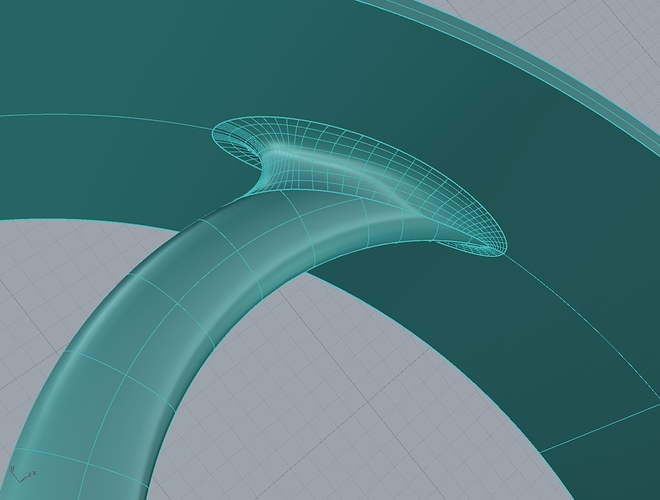 If geometry goes wrong and they look like a catastrophe, actually, it sort of does : In mathematics, catastrophe theory is a branch of bifurcation theory in the study of dynamical systems; it is also a particular special case of more general singularity theory in geometry. Bifurcation theory studies and classifies phenomena characterized by sudden shifts in behavior arising from small changes in circumstances, analysing how the qualitative nature of equation solutions depends on the parameters that appear in the equation. This may lead to sudden and dramatic changes, for example ... 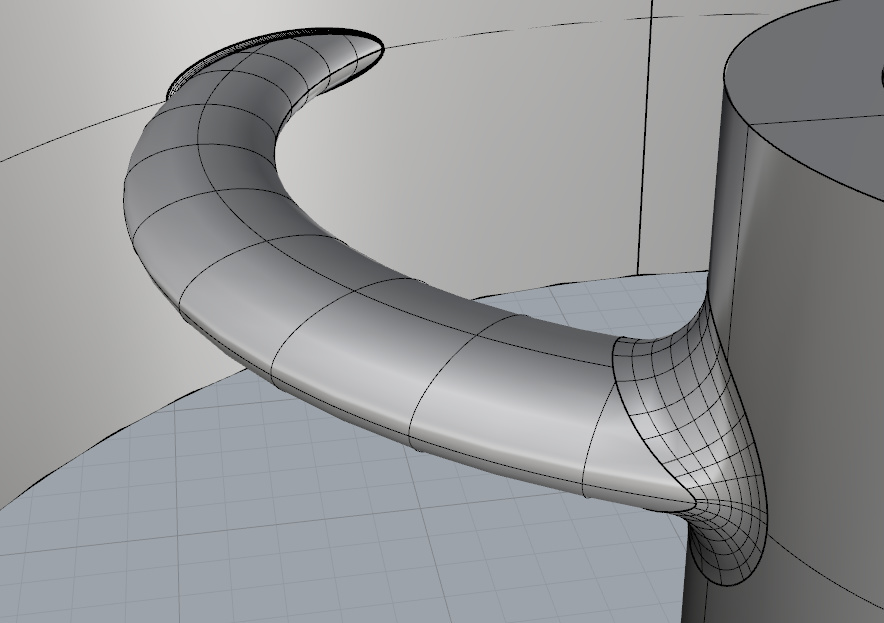